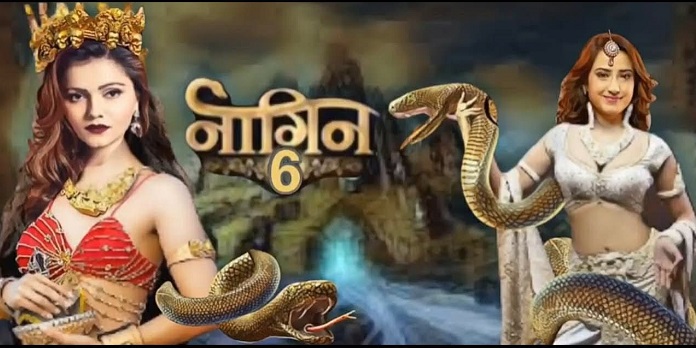 Naagin is a popular supernatural series that has been launching on television screens with different season. After the success of previous 5 season the show is all set to bring up season 6

Recently, we saw Ekta Kapoor’s entry in the show Bigg Boss weekend ka vaar episode. She reveals that she is all set to bring up the show Naagin with season 6.

It is going to be a supernatural series where there will be new story line. She hinted about the new season of the hit show and created an excitement among the viewers and fans of Naagin series.

She also reveals the initials of lead actress for the season. Ekta Kapoor says that lead actress who will be playing the role of Naagin this season name starts with “M”.

Now all the fans are eager to see if who will be playing the Naagin in show.

There are speculations that Mouni Roy might return to the screens as Naagin. She was the first and most loved Naagin in the series.

However, there are also chances that another actor joining the show as Naagin might be Mahima Makwana. The details are yet to be out and we will soon be updating you with the details about the show Naagin here on this page.

It is a piece of exiting news for all the fans that the show is bringing up new season with new story and Naagin back on screens.

Every season of the show has lots of love from fans and a huge fan following. She show will be a telecast of the popular channel Colors TV.

It will be airing during the weekends and an episodic show. The show will also be airing on the digital platform Voot also.