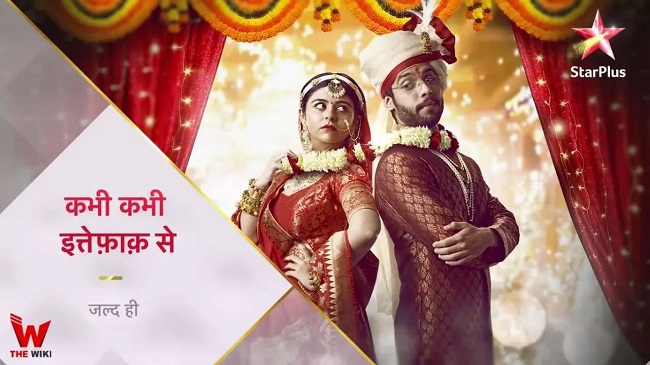 Krati Singh is also set to be a part of the show in a pivotal role. The details about the character of both the actors in the show are yet to be out. We will soon be updating you about the details here on this page.

Kabhi Ittefaq Se is going to be a rollout of the popular channel Star Plus. The show will be airing on Star Plus soon.

The show is currently in a pre-production stage where the makers are all set to bag the new star cast for the show.

Kabhi Kabhi Ittefaq Se is the upcoming show of Star Plus!

The promo for the show will be out soon. The show has bagged an exclusive star cast of the time. Delnaaz Irani is a part of the show in an important role. She is popular for her stint in the show Kyuki Saas Bhi Kabhi Bahu Thi.

Delnaaz is popularly known for her role in the Bollywood film Kal Hoo Na Hoo. Another star who joins the cast for the show is Mehul Buch.

Anuj Khurana also bags a show in a pivotal role. He is known for his stint in the show Tujhse Hai Raabta.

Kabhi Ittefaq Se is a telecast under the popular banner Shaika Films. The production house has given us many hits and popular shows to date. A few to name the shows of the production are Ghum Hai Kisikey Pyaar Mein.

Another rollout of the banner is Choti Sarrdaarni.

Star Plus is popular for giving us many hits and popular shows to date. A few to name shows of the channel are Anupama, Imlie, Ghum Hai Kisikey Pyaar Mein, Mehendi hai Rachne Wali and many more.