People can get the opportunity to participate in the show by playing fastest finger game. After winning the game lucky candidate get an opportunity to seat in front of Amitabh Bachchan. In the show, some multinational question is asked based on general knowledge. After giving right answer contestant get the reward in terms of Money. This Show can increase the general knowledge of the viewers also. 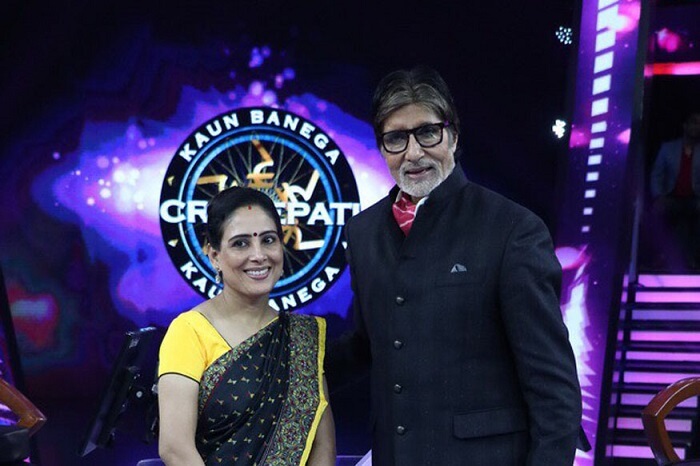 On Tuesday’s episode of Kaun Banega Crorepati which is hosted by Amitabh Bachchan, contestant name as Anamika Majumdar participated. Anamika is from Jamshedpur Jharkhand and 41 years old. She came with her mother. Anamika runs  NGO naming FAITI IN INDIA. NGO  that helps to build safe future for women and children And many people which are surviving from the major poverty. Faith In India NGO also put major efforts to provide education to the uncivilized children or the children that unfortunately can’t afford to go school.

Anamika was playing smartly. She was so quick to answer.  she was crossing hurdles very smartly and rapidly. amitabh bachan was also impressed by her. She managed herself to win 50,00,000, she played so well that she gave the right answer to the question which was for 1 crore. She should win 7 crores but unfortunately, her last guess for the last question went wrong. so she couldn’t make it to 7 crores.

After winning becoming the first crorepati she told sources her struggles, ambitious and dreams about future.Anamika Majumdar is 41-year lady that lives with her husband and two childrens. she said” after winning the show her life changed completely people are recognizing her NGO and giving respecting her. she also opened up about her struggles while setting up the NGO and she was so happy that she can educate children to make their life better.

What about her own kids? “They are sensible and mature enough to understand things on their own,” says Anamika adding, “My children don’t need money. They need a good education and I think I’m already providing them that.”