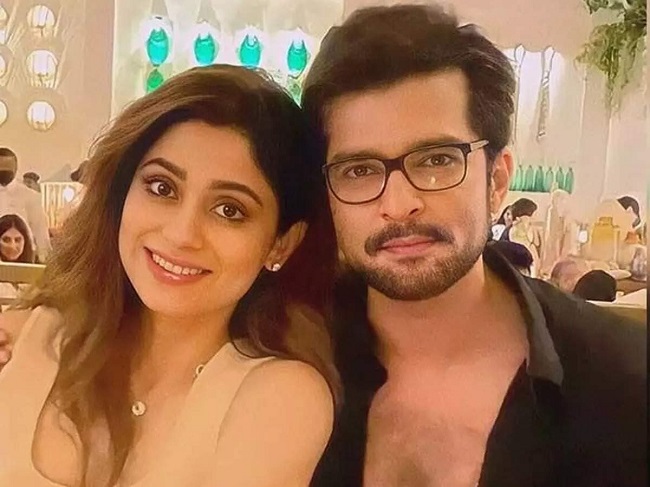 Bigg Boss 15 is one of the most popular and controversial show on Indian television network. The show is a telecast of the popular channel Colors TV. There are entry of a new wild card contestants in the show.

Raqesh Bapat and Neha Basin will be marking their entry in the show as a wild card contestant. It is going to be a bond of Raqesh and Shamita will be seen once again on screen.

Bigg Boss OTT was full of love angle where we could see a bond between Raqesh and Shamita. Shamita seems to be very happy to see Raqesh back on show. She was already missing him on the show.

We will soon be witnessing the romance on screen once again. Shamita is very happy to see him on the show as a part of the show.

She hugs him and says ‘I love you’. It is one of the sweet gesture on the show to watch the two once again.

The latest promo of the show is out now and we can see Neha and Raqesh stint in the show.

Neha Basin is a popular singer who has sung many hit and popular songs to date. She was a part of the show Bigg Boss OTT.

Neha is all set where she enters the show Bigg Boss 15 which is hosted by superstar Salman Khan.

The show is a telecast of popular channel Colors TV. You can enjoy the show on the digital platform Voot.