Saif Ali Khan and rani Mukherjee To grace the sets of the kapil sharma show! 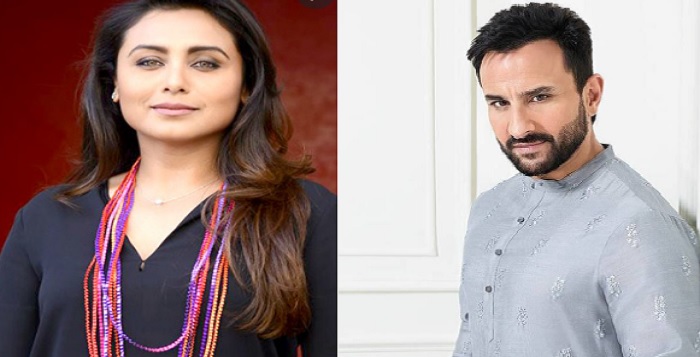 Saif Ali Khan and Rani Mukherjee are all set to grace the sets of popular comedy show The Kapil Sharma. They will be appearing on the sets along with the entire team of the upcoming film of Bollywood Bunty aur Babli 2.

The team will be on the sets of the show for promoting the upcoming film Bunty Aur Babli 2. There is going to be all fun and entertainment on the sets after the star cast graces the show.

The show will be having Saif Ali Khan, Rani Mukherjee, Siddhant Chaturvedi, and Sharvari Wagh gracing the sets of the show promoting there new film.

The film will be releasing this November in the theatres. The release date for the film is November 19, 2021. It is going to be a new film releasing soon. The Kapil Sharma show is popular comedy show and a roll out of the channel Sony TV.

It is hosted by the popular comedian and actor Kapil Sharma. The show is full of fun and entertainment and lots of comedy.

Saif Ali Khan And Rani Mukherjee To Grace The Sets Of The Kapil Sharma Show!

It is going to be a 2 installment of the film Bunty Aur Babli 2. The pair of Saif Ali Khan and Rani Mukherjee will be sharing the screens once again for the film.

The Kapil Sharma Show is under the production of Salman Khan Television ( SKTV) and Banijay Asia.