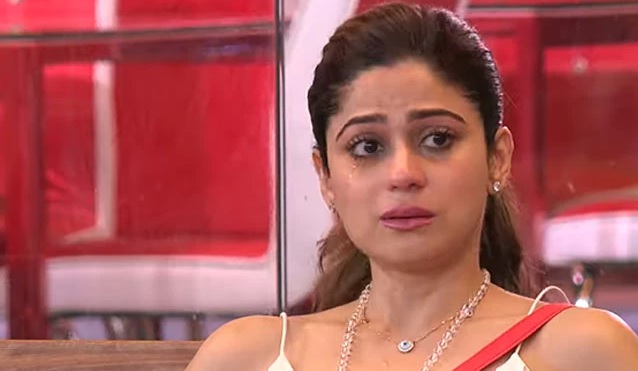 However, she is unwell and decides to leave the house. She will be marking her return to the house soon after she feels fine with her health.

Shamita’s mother confirms the news about her exit from the show for a little while on her official twitter account.

The post she shares says, “Hi ALL Shamzis loved ones- United we stand and are strong, calm down Shamzis med tests reqd- she wl b back soon. Please, send her yr love, light protection & blessings as I believe it’s v powerful.luv you #ShamitaSherry #ShaRa #Shamitastribe #BiggBoss15 #OrmazMedia #Shamita.”

Shamita will be back in the show post her recovery however, she is also upset watching Raqesh leave the show. He quits the show and will not be returning back.

This week there were no eliminations as two contestants leave the house. Afsana Khan marks her exit from the as she gets evicted due to her violent behaviour.

Raqesh quits the show owing to his health issues. He will not be returning to the show. Bigg Boss is one of the controversial show on Indian television network. The show is a telecast of popular channel Colors TV. It is hosted by popular superstar of Bollywood Salman Khan.