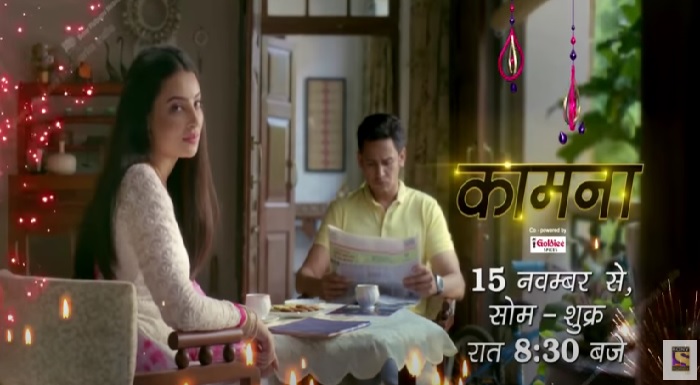 Sony TV is all set to one more new show on the channel. The show is titled as Kaamnaa which is a unique household story. The story will be airing on television this November. The launch date for the show is out now and it is all set to launch on November 15, 2021.

The story is about the house and the family of the daily people. It is a story about the real happiness in daily lives. The promo for the show is out now and it seems to be very promising.

The show has an exclusive star cast of the time. Abhishek Rawat will be in the male lead role in the show. He will be playing the character of Manav in the show. He is popularly knows for his stint in the show Agle Janam Mohe Bityaa Hi Kijo.

The female lead for he show is Chandni. She will be playing the role of wife of Manav.

The show is a production under banner cockcrow and Shaika entertainment. The banner has given us many hit and popular shows to date. A few to name the shows of the production house is the popular show of Star Plus Ghum Hai Kiskey Pyaar Mein.

Choti Sardarni is also a production of Cockcrow and Shaika entertainment. The show also rolls out on the digital platform of Sony.

The digital platform of Sony TV is the Sony LIV app.