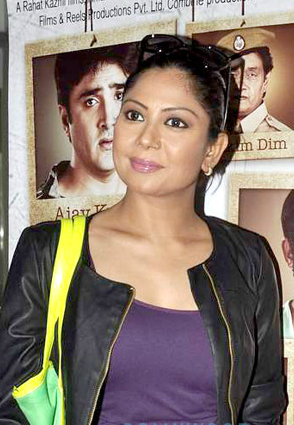 Manini Mishra is all set to make comeback on tv screens with a very interesting role. The actress will be part of Star Bharat’s popular Savdhan India: Fir. Check out what kind of role Manini Mishra will play in this brand new project.

Star Bharat is bringing a brand new edition of Savdhaan Fir. The upcoming edition of the show is coming up with the tagline ‘Crime Ka Bura Time Shuru Abb Se’. Savdhaan Fir will feature interesting cases from the perspective of the police. these stories will definitely make the audience proud of our police department. This time viewers will get to know what kind of work goes behind in solving crimes, how much of hard work it is. This season of the Savdhaan FIR is definitely worth watching.

Savdhan Fir will revolve around the police officers from 4 different cities. And it will feature various contemporary crime based scenarios.

The makers of the show have cast one of the talented and popular actors in a pivotal role. Ankur Nayar will play the role of the main cop. While Manini Mishra has also joined the cast of this tv show. Dayanand Shetty will host this show. Many talented actors are coming back on screens with this new show.

Manini Mishra will play a key role in the show. She will portray the role of Durga Kulkarni. she will play the role who is fierce, strong, and epiphany of the goddess. Viewers will see Malini solving several mystery cases from murder to kidnap.

Stay tuned with us to get the latest up[dates from new tv shows. Also, don’t forget to check out audition updates of upcoming television reality shows.