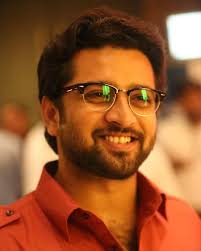 Talented actor Akshar Kothari is all set to make comeback on TV screens with Star Pravah’s new TV show. He will be back on small screens after a break of 2 years. The actor has been part of many hit TV shows and movies. he will play a crucial role in the Star Pravah’s brand new TV show. check out complete details about it below. Also, find out what kind of role he will play in an upcoming project.

Akshar Kothari will be part of Star Pravah’s brand new show Swabhiman Shodh Astitvacha. The actor will play a pivotal role in the show.

Akshar Kothari will play the role of Shantanu Suryawanshi. Suryavanshi family is working in the field of education. They own a lot of colleges. He is well educated, culture, intelligent and confident guy.

In an exclusive interview with Times of India, Akshar Kothari shared some detail about this TV show. He said ” After two years I am making a comeback on the small screen. It is a great pleasure to do TV shows like Swabhiman Shod Astitvacha. My TV journey started from Bandh Reshmache Che, Aradhana, Chhoti Malkin and now Swabhiman Shodh Astitvacha. My entire look is very different from the previous shows. The whole look has been designed by Shalmali Tolye.”

He added that this is the first time he will play such a character. He is really happy about it. And it is a challenge for him to carry Shantanu’s Style and attitude.

Swabhimaan Shodh Astivacha will hit TV screens very soon. The story of the show will revolve around the Pallavi, who has big dreams. The TV show will feature her inspirational journey. Pooja Birari, Asawari Joshi, Ashok Shinde, Prasad Pandit will play a pivotal role in the show.