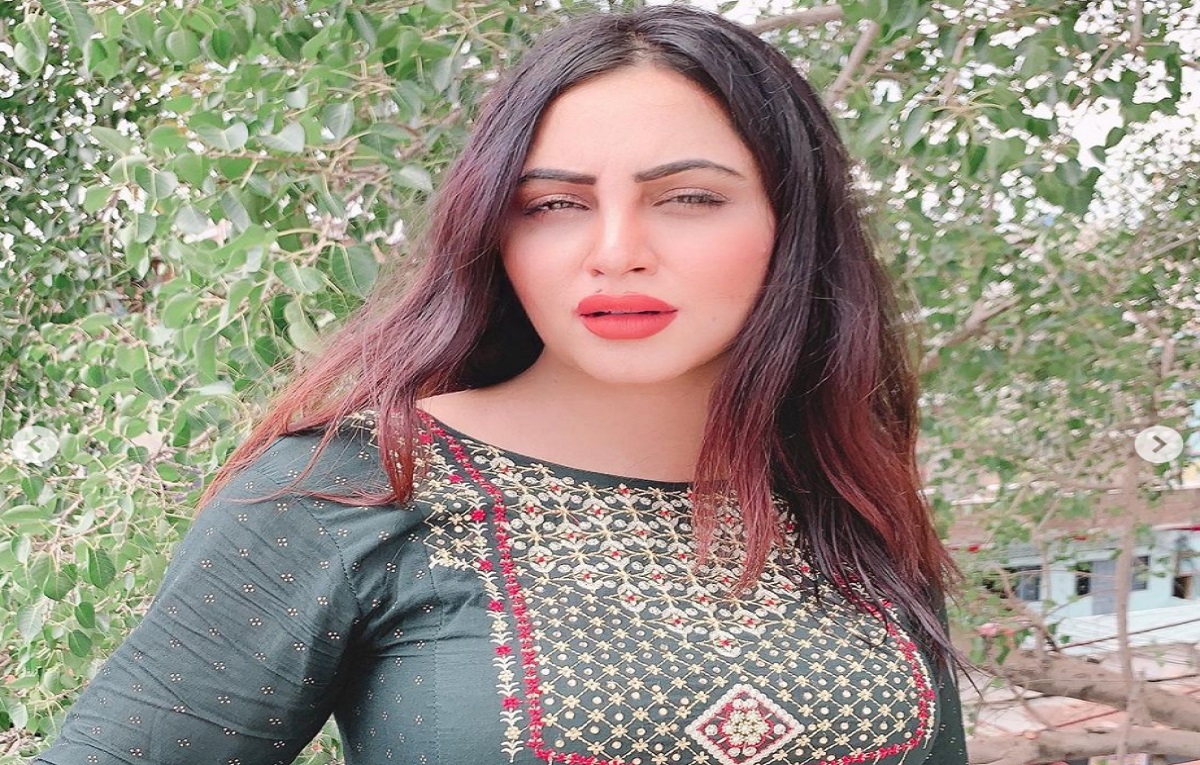 The host of the show Salman Khan announced her eviction from the show in the latest episode of Bigg Boss 14. It was the Weekend Ka Vaar episode where her eviction was announced.

Arshi Khan evicted from the house of Bigg Boss 14!

Every housemate where shocked hearing her eviction from the house. Arshi while leaving the show says that Rubina is a very good person and she praises her a lot. She also expresses her love for Rahul and Aly.

Arshi mentions that she loves both of them equally. After hearing her eviction Aly starts crying by hugging her. And he also mentions meeting Jasmine once she goes out of the house.

Arshi Khan receives the least number of votes this weekend. And she bade goodbye to the members of Bigg Boss 14.

While announcing her eviction Salman Khan praises her says she is a good girl. He also says jokes with whom he will recite Urdu with. Rahul Vaidya dedicates a Shayari for her.

Arshi’s entry into the house of Bigg Boss 14 was as one of the challengers. Arshi shared a love and hate relationship with Rakhi Sawant. She was also in highlight for her fights with Vikas Gupta.

Bigg Boss 14 is a telecast of Colors TV. The show airs every weekdays and weekend. The weekend episode is hosted by the superstar Salman Khan.

He hosts the show during the weekend episode. The episode is named as Weekend Ka Vaar.