Rutuja Bagwe To Make Comeback on TV Screens with Chandra Aahe Sakshila: Check out the promo 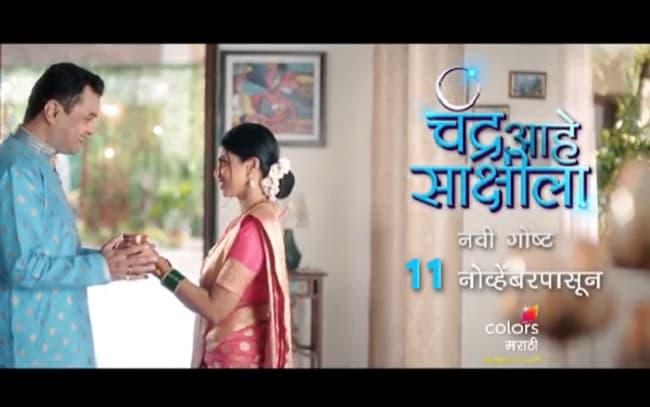 Rutuja Bagwe is all set to make her comeback on TV screens with one of the highly anticipated TV show of the Year Chandra Aahe Sakshila. The Exclusive Promo of the show is out. And now fans can’t Keep Calm. The storyline of the TV show filled with twists and turns. So check out complete details about the show below. Also, find out what kind of character Rutuja Bagwe will play.

Rutuja Bagwe is one of the talented Marathi film and Television actress. She has been part of many popular Movies, Plays, and Shows. Nanda Saukhya Bhare, Swamini, Gochi Premachi, Silent Cream, Girgaon Via Dadar, Ananya are some of the popular projects of her.

Rutuja Bagwe became a household name during her stint in the TV show Nanda Saukhya Bhare. Now the actress is all set to make a comeback on the TV screen with Colors Marathi’s upcoming project Chandra Aahe Sakshila. She will play a female lead in the show.

When the first teaser of the show was launched, fans expected it to be a normal light-hearted family drama. But the new promo of the show has created a huge amount of curiosity among fans. The TV show seems to have very mysterious concept. Television lovers are speculating that this new TV show is inspired from the popular play Kusum Manohar Lele. It will definitely keep viewers hooked to the screens.

Stay tuned with us to get latest updates from the television world. Also, don’t forget to check out audition updates of the upcoming television reality show.