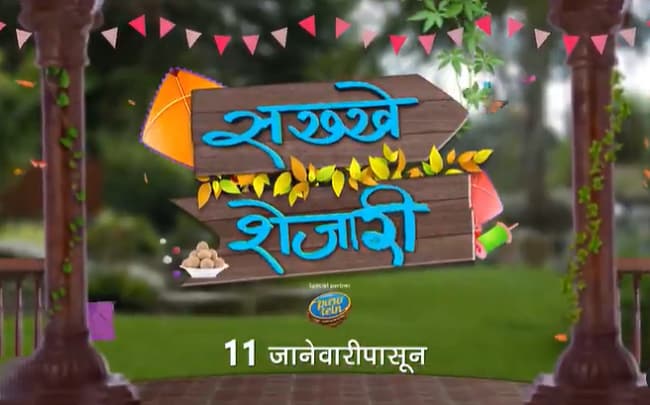 This New year, Colors Marathi is gearing up to launch new two tv shows for their viewers. The channel is launching a new game television reality show titled Sakkhe Shejari. The tv show will hit tv screens very soon. So check out the official starting date Sakkhe Shejari and find out more information about the host and concept of the show. Colors Marathi Sakkhe Shejari Start Date, Time, Upcoming Serial 2021.

Colors Marathi released the promo of the Sakkhe Shejari a few months ago. Fans were eagerly waiting for this brand new tv show. Finally, after the wait of the month, the official starting date of the show is out. The tv show will premiere on the 11th of January. The game television reality show was supposed to launch in the month of June, but due to lockdown makers of the show and channel postponed it.

The concept of Sakkhe Shejari is going to be very different. The tv show will celebrate the special bond between neighbours. How selfless they are toward each other and care for each other. India’s concept of neighbourhood is amazing. For many people, their neighbours are closer and are more connected than relatives. So this tv show is going to be entertaining for sure.

In this game, television reality show families will participate in various games and tasks. they will compete with each other. And the winner of the competition will announce as the best neighbour.

The tv show will be presented by Chinmay Udkirgar. He has been part of many popular daily soap operas. Chinmay will be seen as the host for the first time. He was last seen in Colors hit tv show Ghadge and Sun.

You can catch the online broadcast of the show on the Voot’s official website and app. Colors will also launch a new show named ‘Jai Jai Swami Samarth’.