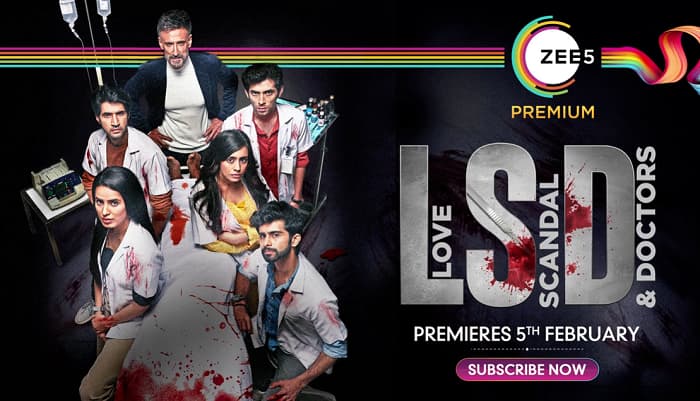 LSD: Love, Scandal and Doctors will have talented actors in pivotal roles. the web series will feature Rahul Dev in the lead role. He will portray the role of Dr Rana. While Siddharth Menon will play the role of Vik. Other actors such as Punit J Pathak, Srishti Rindani and Tanya Sachdeva, Pulkit will play pivotal roles in the show. The names of the full cast members of the show will update on the page very soon.

Zee5 LSD: Love, Scandal and Doctors will release on 5th Fab 2021. To watch this web series on zee5 you will need to sign up for the premium subscription of the Zee5. Visit their official website to get detailed information about their subscription plans.

Zee5 is one of the popular OTT platforms. They are planning to launch many new projects.