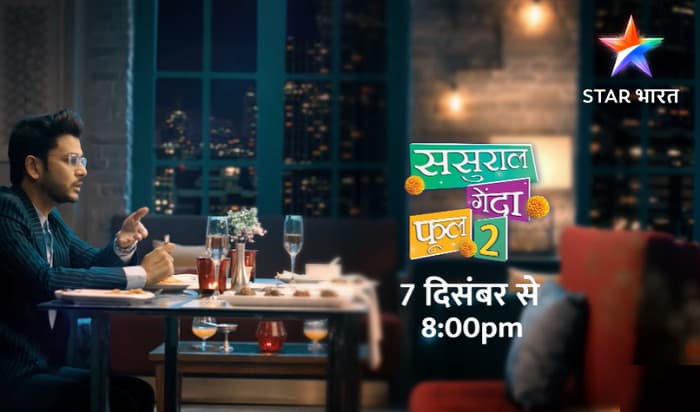 The 2nd edition of the Sasural Genda Phool is coming up with a fresh plot. The tv show is filled with a bunch of surprising twists. In the exclusive promo, we can both Suhana and Ishaan are talking in a restaurant. Suhana is convincing him to remarry. And he tells her that no one can replace her in his life.

And just a minute later Ishaan realizes that he was just hallucinating. The p[room has hinted at Suhana’s death. So probably viewers will not see their favorite pair Ishaan and Suhana together this time.

Sasural Genda Phool season 1 revolved around Suhana and Ishaan. Suhana Bajpai is a rich, short-tempered girl. And Ishaan is completely the opposite and hails from a middle-class family. Suhana gets married to Ishaan because of her father. The cute banter between them and sweet family members was entertaining for sure.

The makers of the show have retained some of the cast members from the first season. Jay Soni and Ragini Khanna will be reprising their roles of Ishaan and Suhana. While Supriya Pilgaokar will be also back in the show.

The full list of cast members will available on the page soon.

The first season of the Sasural Genda Phool was a huge success. The tv show premiered on Star Plus. and now the 2nd edition of the show will release on the Star Bharat. The tv show will have its grand premiere on the 7th December. It will be broadcast from Monday to Saturday at 8:00 PM.

Hotstar’s official website and the app will provide the online broadcast of the show at any time and anywhere. You can download Hotstar’s app for more convenience.

Stay tuned with us to get the latest updates from new tv shows. Also, don’t forget to check out the auditions of the upcoming television reality shows.