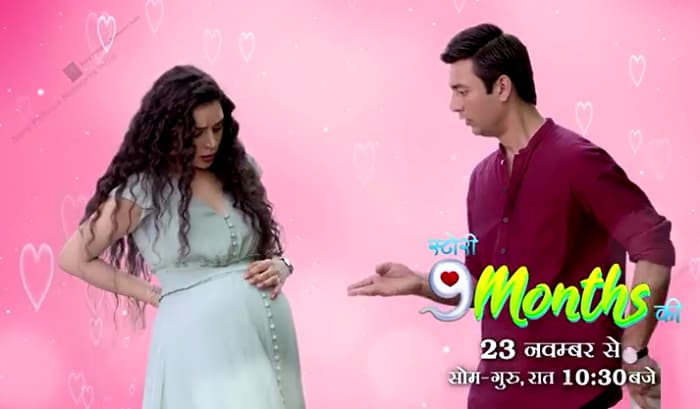 Sony TV has given us many hits and popular shows to date. Story 9 Months Ki is the new show hitting the television screen soon!

Check out this page for more information about the Sony TV show Story 9 Months Ki. To know more stick around this page.

The story of the show revolves around the couple. Alia who plans and achieves all her dreams in her life. And Sarangdhar on the other is dreaming of becoming a writer.

So what will happen when both the dreams will meet each other.

The cast of the show has Sukriti Kandpal in the role of Alia. She is the one who has achieved all her dreams with proper planning.

The male lead of the show is Aashay Mishra. He is playing the role of Sarangdhar. She dreams of becoming a writer.

The show will be hitting the television screen in the month of November. Story 9 Months Ki will be telecasting on Sony Entertainment Television from November 23, 2020.

Story 9 Months Ki will be telecasting on Sony Entertainment Television. The show will be airing from Monday to Thursday at 10:30 PM.

You can also enjoy the telecast of the show on the popular digital platform. Story 9 Months Ki will also be streaming on the Sony LIV App.

Download the app now and enjoy the telecast of the shows of Sony Entertainment Television on Sony Liv App.