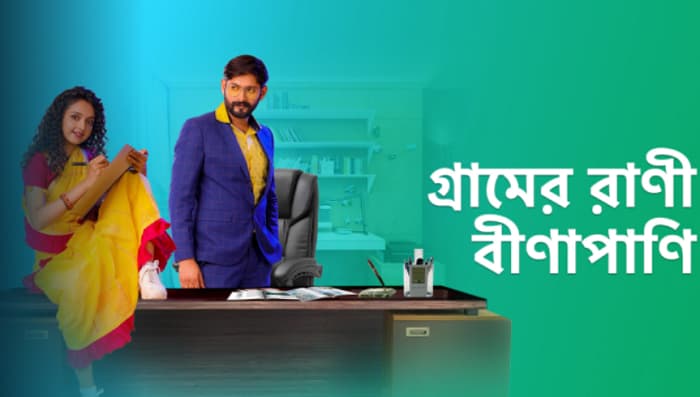 Star Jalsha is all set to come up with a new TV show. The upcoming project on the channel is titled Gramer Rani Binapani. The exclusive promos of the show are out. And fans are extremely excited to watch this TV show. The TV show will hit TV screens in a few days. So here are complete details about Star Jalsha Gramer Rani Binapani’s starting date and broadcasting schedule. Also, find out more information related to the cast plot and promo of the show.

Star Jalsha Gramer Rani Binapani will hit TV screens on 8 March. The TV show will broadcast on Star Jalsha on every Monday to Friday at 9 p.m.

This brand new TV show will revolve around the story of Shatadru and Binapani. Both are completely different from each other. Binapani hails from a small village. She is brave and honest. While Satadru is a rich and powerful man. He cares about profit. the story of the show will evolve when both meet each other.

Star Jalsha Super Singer 2021 Auditions and How to Do…

Star Jalsha Super Singer 2021 Audition and How to…

Binapani will raise a voice against Shatadru over a project in her village. The duo will have a major face-off. So it will be definitely interesting to see how the story of the show will move forward.

The promos of the Star Jalsa Gramer Rani Binapani receiving a huge amount of positive response from fans. The TV show will hit TV screens on 8th March.

The TV show will feature Unmary Tom and Honey Bafna in lead roles.