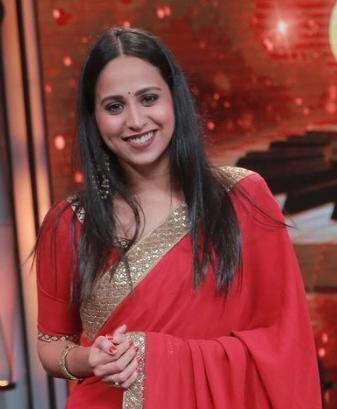 Swanandi Tikekar is one of the most popular Marathi television actresses. she is all set to make her comeback on screens with the new TV show. according to exclusive sources the actress will be on screen with Indian idol Marathi. she will be seen as the host of the show. checkout complete details about it below. Also, find out the expected release date of the show.

Indian idol Marathi season 1 is making a huge buzz among viewers. As it is the first ever Marathi season of one of the popular singing television reality show across India. They have come up with various regional languages versions. and it is the first time that the Marathi audience will get to see this TV show in its regional language. fans are highly anticipating the TV show. The auditions of the show are done. The auditions of the show to place virtually.

Fans are excited to see Swanandi Tikekar. As it will be the first time since the actress will be presenting. She was last seen in Dil Dosti Duniyadari season 1 and 2 and Assa Maher Nako Ka Bai.

The singing television reality show promises full-packed entertaining performances. The tv show will hit tv screens in a few days. so more updates about the starting date and broadcasting schedule will update on the page very soon.

Indian Idol Marathi will be judged by one of the iconic and talented singers of Maharashtra. The complete details about the judges will be available on the page very soon.

The online broadcast of the show will be available on Sony liv’s official website and app. You can download Sony Liv aa from the google play store.