Top Ten Most Paid Footballers of 2022 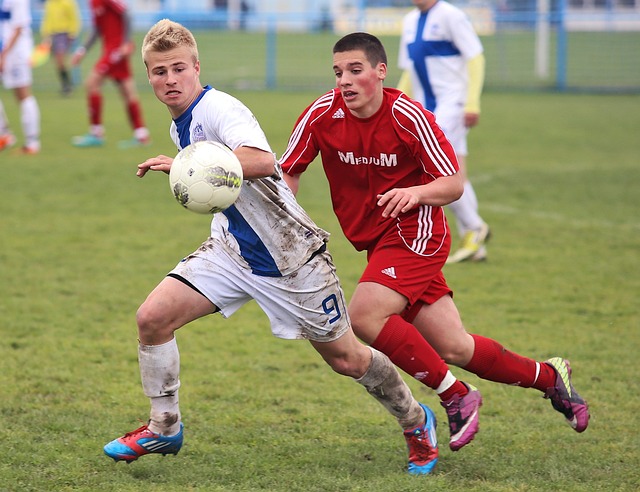 Football is one of the most lucrative sports in the world at the moment. The sport keeps increasing astronomically in monetary value as its prominence, fanbase, and worldwide viewership keep burgeoning. Another reason for the money pump in the sport can be traced to the increasing number of high-value investors continually investing in the sport’s major events.

Since football as a global sport enjoys such a significant money pump, it is only expected that football players will also be major beneficiaries. The average footballer’s wages have increased astronomically over the years. Today, there is constant competition among football clubs for top players, especially youngsters. This competition has led to football clubs offering some footballers enormous wages to attract or keep them in their teams.

Let us review the list of the top ten highest-paid footballers in 2022.

Paris Saint-Germain’s Kylian Mbappe is currently the highest-paid footballer in the world. This is the first time a player that is not Lionel Messi or Cristiano Ronaldo will carry that title. The 23-year-old is also the second most expensive footballer in the sport’s history.

Aside from his brilliant skill and performance, one of the reasons why his current club pays him that high is to keep him from leaving. The French youngster was on the verge of joining Spanish giants Real Madrid for free in the summer. However, PSG ensured the move did not come to fruition by offering him the world’s highest player wages. He reportedly makes $110 million each year on this contract.

Lionel Messi is a name that will not be forgotten in football history. The Legendary Argentine attacker currently represents the French side PSG, where he deservedly earns a whopping salary of $65 million annually. Although he had previously spent his whole career at Barcelona, the player has always been one of the most sought-after footballers. The seven-time Ballon d’Or winner may yet be on the verge of switching clubs again next summer, and his previous club Barcelona is currently rumored as a strong favorite to land him.

With Kylian, Messi, and now Neymar, PSG successfully houses the three highest-paid players in football at the moment. Like Messi, the Brazilian star Neymar also joined forces with PSG from Barcelona. However, in Neymar’s case, his transfer to PSG remains the most expensive transfer in football history. He is currently paid $55 million per year.

The Portuguese superstar has remained one of the best in the game for over a decade. He currently plays for Manchester United, the club with which he announced himself to the football world, winning his first Ballon d’Or and European trophy. Two summers ago, his return to the English side saw him become the club’s highest-paid player and the fourth-highest in the world, earning $40 million annually.

The Egyptian king, as he is popularly known, is a fan favorite in the football universe. Despite playing from the wings, the Liverpool attacker is known for his ferocious goal-scoring abilities. When Liverpool signed him from Roma in 2017 at a bargain price of 36 million pounds, fans and football pundits did not expect him to rip the premier league apart the way he has done since his arrival. His brilliant performances earned him a new deal that made him one of the top earners in football at the moment with a $35 million annual wage.

The Norwegian goal machine is currently the man of the moment as far as the premier league is concerned. Since his bumper deal that saw him move from Dortmund to Manchester City last summer, he has consistently been ripping the premier league apart with goals, week in and week out. Man City is definitely getting its money’s worth with Haaland. He is currently also on a deal worth $35 million annually.

Hazard is renowned for his dazzling display of attacking football with the English Football club Chelsea. His outstanding performances in the premier league eventually earned him his dream move to Real Madrid, which made him one of the top earners in football earning $27 million annually. However, concurrent injuries have hampered his chances since his move to the Spanish side. He will be looking to redeem himself again at the world cup this year.

The Spanish shot-stopper has been a solid asset for the Manchester United side in the past few seasons. His performance has earned him a more improved deal than the previous one. He currently earns $27 million annually. However, despite his heroics between the sticks this season, he will not be featured in the world cup.

Only a few midfielders in the football world can display Kelvin De Bryune’s level of playmaking skills. The Belgian Playmaker is known for his spot-on and inch-perfect passes. The Mancunian is also not far off in the goals department, as he has consistently nailed double-figure goal contributions every season. He recently signed a contract renewal with Manchester City, a deal that saw his wage deservedly increased to a whopping $25 million annually.

Sadio Mane completed his move to Bayern Munich last summer after a reported fallout over contract details with his previous side, Liverpool. The Senegalese attacker delivered well for the Liverpool side, especially in the attacking aspects of the game. Despite this, they couldn’t agree on a contract renewal offer. The fallout saw him move to the German powerhouse, Bayern Munich, where he now earns a much more deserved wage of $22 million annually.

Football’s global revenue has increased significantly over the years. Therefore, football clubs are now more willing to pay their players more to keep them amidst the heightened competition for the best players in the sport.