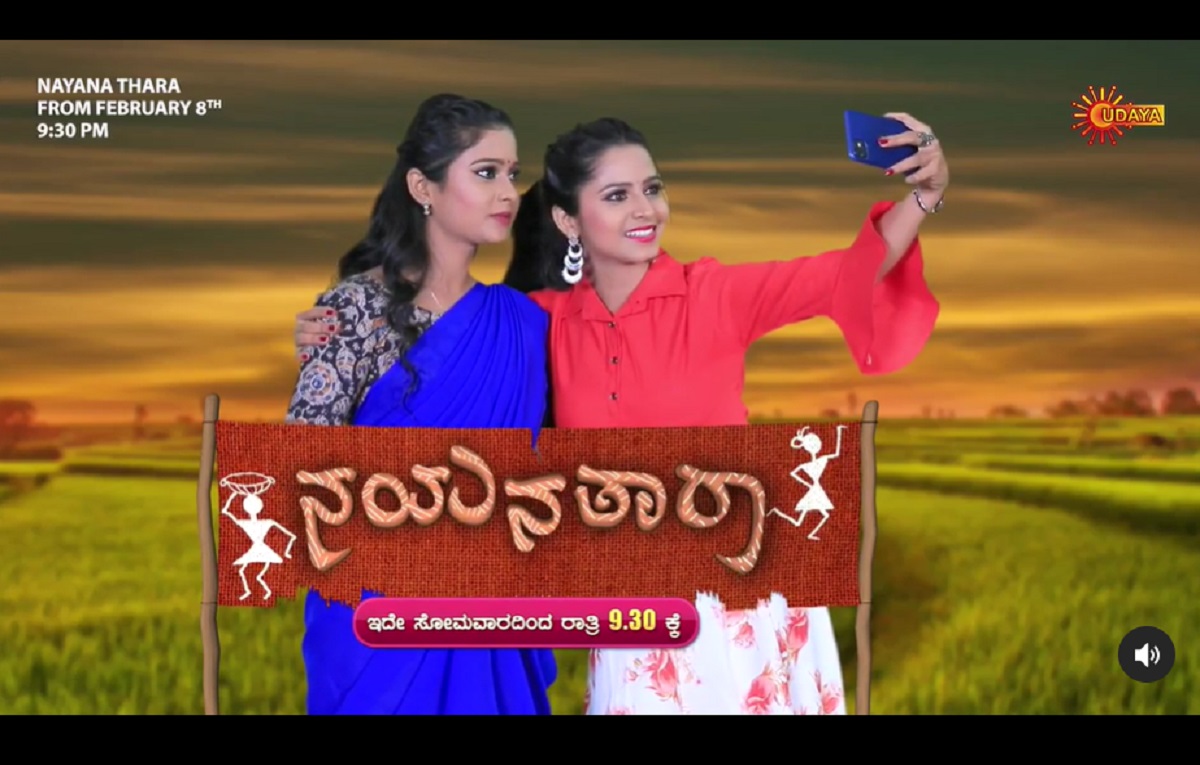 Nayan Thara is the upcoming show on the Indian television network. The show will be airing on television soon. The promo of the show is out now!

Nayan Thara is a telecast of Udaya TV. It is a beautiful story that will soon be taking its release on the television screens.

It is a story about two sisters. They both are completely different from each other. One is named Nayan and another one is Thara. Nayan and Thara are from a very poor background. Nayan is obedient, innocent, and loyal. On the other hand, Thara is a liar and the opposite of Nayan.

The show is all about the story of these two sisters Nayan and Thara. Nayan is a girl who works in different households and she cares for Thara’s happiness. On the other hand, Thara doesn’t appreciate Nayan.

The show will start rolling on television screens this February 2021.

Nayan Thara will be telecasting on television screens from February 8, 2021.

The telecast of the show will be taking place during the weekdays is from Monday to Friday.

The television telecast of the show can be enjoyed on Udaya TV at 9:30 PM.

The digital platform streaming the show is SUN NXT official website and app. You can also watch the online telecast of the show on YUPP TV.

You can download the app on your IOS and Android devices from the Apple App Store and Google Play Store.