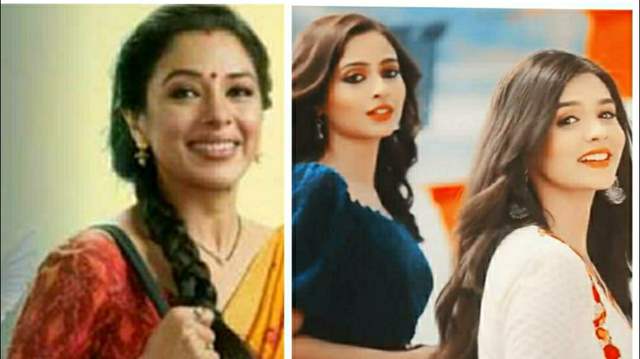 Yeh Rishta Kya Kehlata Hai and Anupama are one of the popular two shows of the star plus. In the upcoming episodes, viewers will be going to see a special connection between these two shows. as we all know Ye Rishta Kya Kehalata Hai is gearing up for the new era. and it will introduce 3 new characters from the new generation. In the upcoming episodes of the Anupama, we will see the introduction of two new girls Akshara and Arohi. Check out complete details about it below.

As we all know, both of these shows are produced by none other than Rajan Shah. So it will be fun to see the integration sequence.

In the upcoming episodes of the Anupama, viewers will witness many shocking twists. She will decide to leave Shah resident. and will be announcing that she cannot stay in the same house with the Shahs. as she does not want to be somewhere she is not respected.

Fans are extremely excited about the Yeh Rishta Kya Kehlata Hai upcoming episode. Pranali Rathod will be playing the role of Arohi. While Karishma Sawant will be seen as Akshara. Harshad Chopra is also joining the show. And he will play the role of Abhimanyu.

With these new surprises, fans will not able to see their favorite latest Naira and Kartik on show. While some of the family members will also no longer be seen in the new episodes of the show.

stay tuned with us to get latest updates from new TV shows. Also don’t forget to check out audition updates of upcoming television reality shows.