1962 The Wars In The Hills cast, release date, plot and trailer 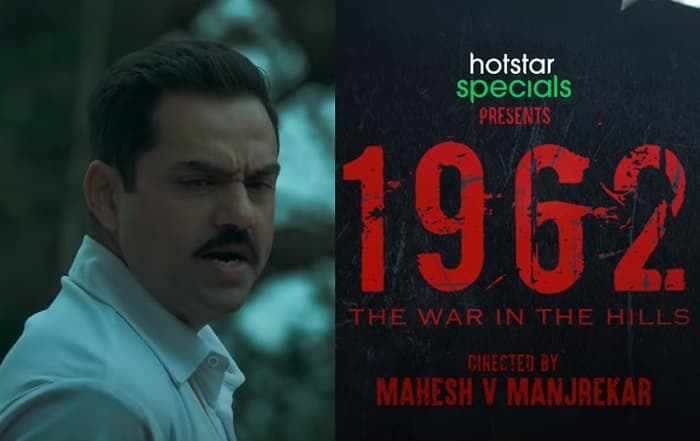 The first look was shared on the 26th Jan 2021. The movie is inspired by the India-China War. The first look of the show featured a reference to the Galwan Valley Clash. It showcased how 125 Indian Soldiers fought 3000 Chinese in 1962. The loss from the still lingered in Indians thinking about the dangers of antagonizing China.

1962 the wars in the hills is directed by Mahesh Manjrekar. While one of the popular and prominent actors are part of this series. Abhay Deol, Meiyang Chang and Summit Vyas will be playing the pivotal roles in the show. While according to sources, Akash Thosar has also joined the cast of this movie.

On joining the cast of this most awaited series. Akash Thosar shared his thoughts to the sources, he said “Ever since I was a child, I had a dream of joining the Indian Army and I had also tried giving my tests twice to get selected for before getting into the movie industry. “not only arm officer, but I tried enrolling myself in a police officer. If I wasn’t an actor, my career was definite to be joining the forces to protect our country.

1962 The Wars In The Hills release date:

1962 The Wars In The Hills will release on Hotstar on 26th February.

Stay tuned with us to get the exclusive updates from this show. Also, don’t forget to check out the audition updates of an upcoming televsion reality show.