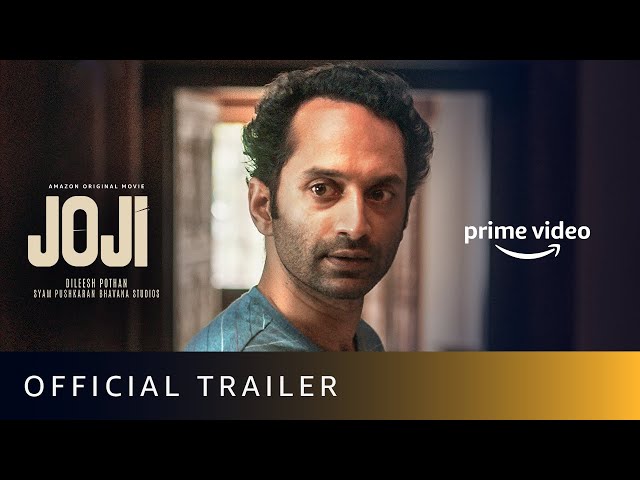 Joji is an upcoming drama that will release on Amazon Prime very soon. The plot of this movie is very interesting. While it will feature one of the talented actors in the key roles. The Exclusive trailer of the film is out..and it has created a huge amount of anticipation and curiosity among viewers. Here are some details about Joji’s plot, cast. Also, find out when the movie will release.

Joji will release on 7th April 2021 on Amazon Prime video. The teaser of the drama was released on 31st March 2020.

Joji is based on the popular Shakespeare’s play Macbeth. it will revolve around a guy who is an engineering dropout. he is the youngest son of a rich man. The guy has dreams of becoming more wealthy than his dad. but his father is convinced that he will not be able to achieve anything in his life. Now Joji is completely driven by the grid and blind. he decides to achieve his dreams at any cost. but some unexpected situation arises in his family. The film will be filled with many interesting twists.

Joji Amazon Prime Cast and how to watch:

Fahadh Fazil will play the role of Joji. He is one of the prominent Indian film actors. He has worked in many Malayalam films. While the movie will also have Baburaj, Shammi Thilakan, Unnimaya Prasad, Basil Joseph and many more.