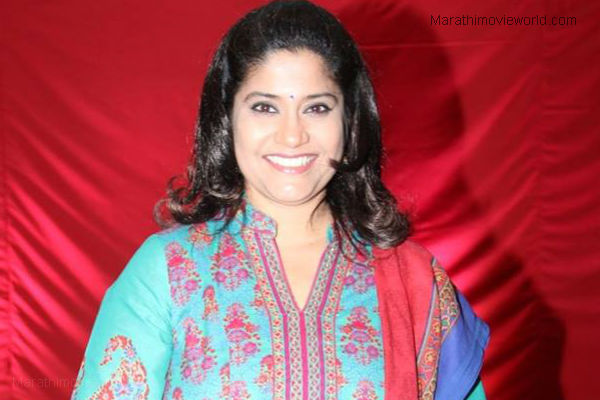 Renuka Shahne one of the most iconic Indian Television and Film actresses is going to make comeback on tv screens very soon. The actress will be seen as the key role of one of the upcoming shows on Zee Marathi. Fans are already excited to see her back on screens. And have showered a lot of love and support on this news. Check out complete details about it below. Also, find out more updates about her upcoming project.

The actress will be seen as the host of Zee Marathi’s new show Band Baaja Varat. the tv show will have a unique concept and Renuka Shahne will be seen as Co-Host. the name of the other host of the show is not out yet. Renuka Shahane was last seen as a judge of a few new Marathi tv shows.

‘Band Baja Varat’ is a show about newlywed couples, in which the newlyweds get surprising gifts and other prizes. They will play entertaining games and tasks. The tv show will be entertaining for sure. The program’s actual format has yet to be unveiled, but fans will learn more about it soon.

The official starting date of the show is not out yet. But it is expected that the tv show will be on air in the month of March. Complete details about the release date and broadcasting schedule will update on the page here.

The online broadcast of the show will be available on the zee5’s official website and app. You can download Zee5 App from the google play store and App Store.

Zee Marathi is also launching a few new shows. So stay tuned with us to get the latest updates from new tv shows. Also, don’t forget to check out the audition updates of upcoming television reality shows.