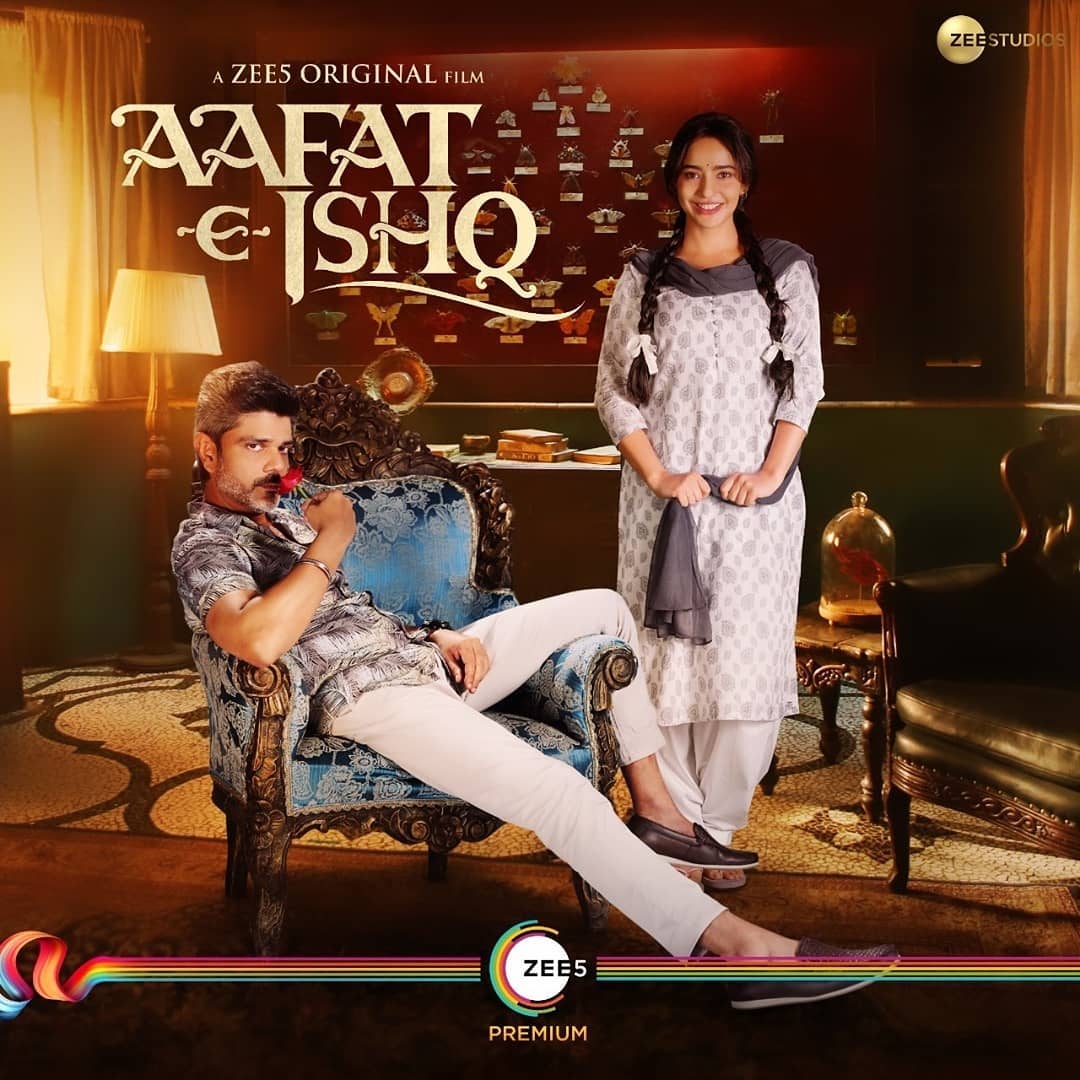 Zee5 is coming up with a brand new project very soon. The upcoming film is titled as Aafat-E-Ishq. It will be a rom-com and the promo of the movie is out. It has created excitement among fans. The project is produced by Zee Studios and is being directed by the Indrajit Nattoji Directorial. The release date of the show is finally out. Here are complete details about the plot, release date, and cast of the show.

The plot of the film will revolve around Lallo and her search for true love.  Lallo will go through various twists and turns. And she hopes to figure out how to get out on her own.

In the trailer, we can see that a girl is trying to find true love and her friend suggests using a dating app. She finds herself dates but each one of them is chaos. One of them dies in an accident and Lallo becomes the suspect.

Aafat-E-Ishq is a dark comedy with an intriguing theme.  it is inspired by the film ‘Liza, the Fox Fairy’. The original picture Liza, the Fox Fairy was a box office smash and received several honors and accolades from both viewers and critics. It will be full package entertainment.

The film will release on 29th October. The trailer was released a few days ago.

To watch this show and another interesting original’s on Zee5’s official website and app, you will need to sign up for the premium subscription. You can check out Zee5’s website to get more details about the subscription plans.