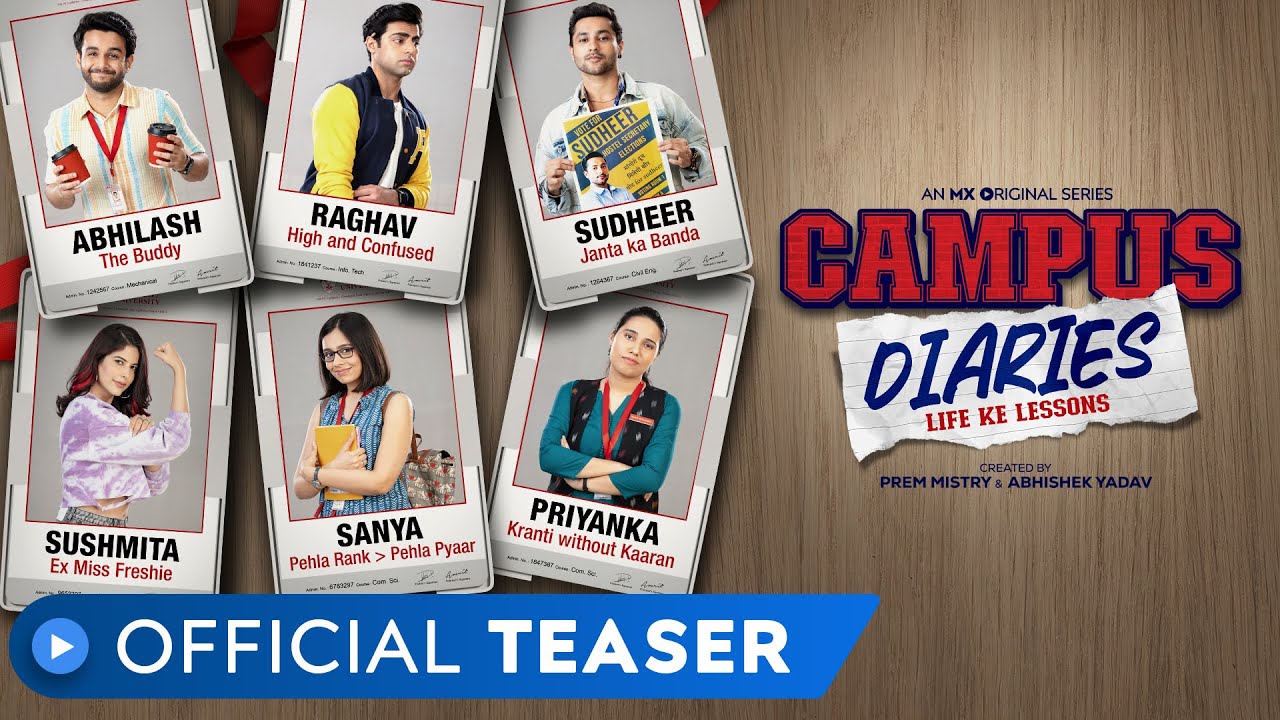 MX player is back with the new series very soon. They have launched number of series and movies. The brand new web series of MX Player is tilted as Campus Diaries. The web series will release very soon. and it is going to have a very interesting plot. one of the popular actors are going to play key roles in the show. here are complete details about campus diaries cast. also, check out the release date and storyline of the show.

one of the popular and talented actors are going to play a key role in the show. Harsh Beniwal, Ritvik Sahore, Saloni Gaur, Saloni Patel, Abhinav Sharma, and Srishti Ganguli Rindani are going to play important role in the show. The web series is created by Prem Mistri and Abhishek Yadav. The complete details about the cast members of the show will update on the page very soon.

The promos of the series are already released. The web series will release on 7th January on MX Player. you will need to visit MX Player’s official website to check out all the details.