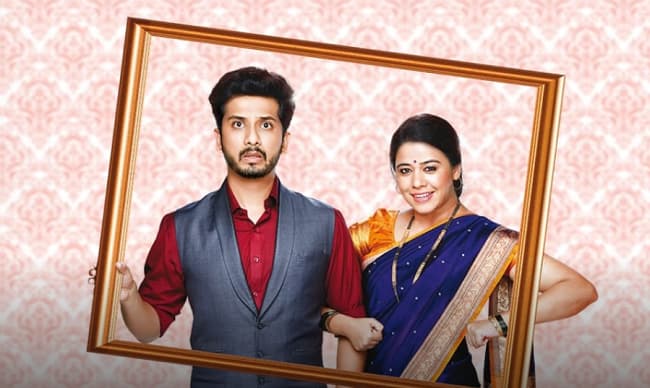 Zee Marathi is one of the popular TV show Maza Navra Chi Bayko recently went off air. The TV show broadcasted their last episode on 7th March. It was one of the top TV shows in Maharashtra. While it was also launched in various regional languages like Telugu, Kannada and many more. The lead actor of the show Abhijit Khandekar shared the emotional note on the TV show going off. So check out complete details about it below.

Majha Navra Chi Bayko was on air for completely 5 years. The TV show ruled TRP chart. It feature Abhijeet Khandekar, Anita date and Rasika Sunil in lead roles. While it also had other talented television actors in pivotal roles. Abhijit Khandekar portrayed the role of Gurunath. This was the first time that the actor played a negative role in the show.

The actor started with “Majha Navra Chi Bayko, how is the name, is it a comedy. Well, he is a villain, isn’t he going to change. Constantly misbehaving. I decided to work on the show with many doubts and questions in mind.”

He added “brilliant writers like Rohini Ninave and Abhijit Guru and experience directors like Kedar Vaidya. Amazing producers and a whole creative team. Even after Adwait Dadarkar, Manish Kadam, Ankur Gambhir, Siddharth kept it alive. It was as if everyone was a person of everyone’s family.”

Anita played Radhika excellently well. in all this, the reason why everything started happening was that Shanaya’s character. It was very tricky. Glamorous villain Rasika played Shanaya from scratch. He mentioned, Isha did it just as well. Now it has come to the light that Gurunath Subhedar, who receive so much support.

Stay tuned with us to get the latest updates from new TV shows. Also don’t forget to check out audition updates of an upcoming television reality show.