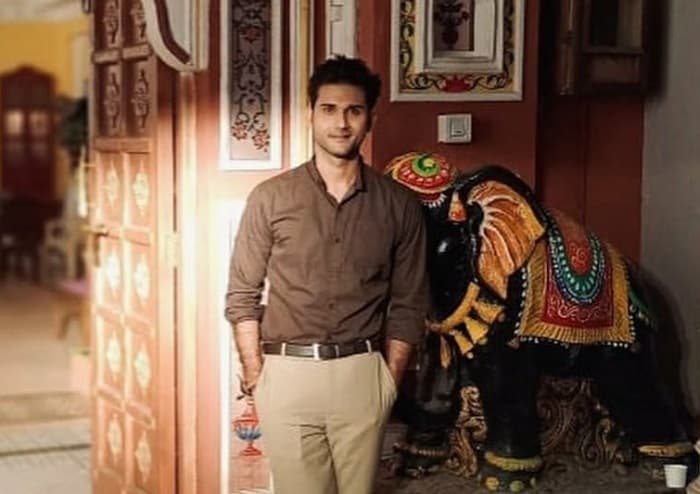 Mumbai 26 Oct 2020: Acting as a profession demands hard work & dedication and sometimes actors have to give their best shot despite going through a tough time.

One such incident took place on the sets of Dangal TV’s show Aye Mere Humsafar with Achherr Bhaardwaj who is portraying the role of Lakhan Kothari. While shooting for a sequence, the actor got injured badly and hurt his back. But Achherr as a thorough professional continued to shoot despite the serious injury.

The actor elaborates, “There was a scene that required me to lift a very heavy table and we had to take multiple shots of the same scene from different angles. After lifting the table 12-13 times, my lower back got completely jammed. But I knew I had to complete the scene and I did it without letting pain reflect on my face. Once the shot was done, I went home immediately and was advised bed rest for a couple of days. Now I back on shoot. Well, I think injuries are part of life and rather than using it as an excuse, I believe in working hard to recover and to get back with my routine.”

Well, Achherr has proven that a show must go on.