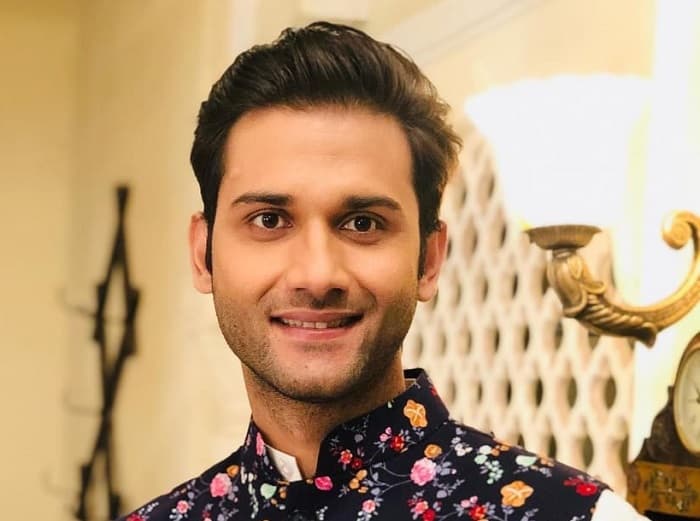 Mumbai,02 December 2020: We have a notion that the actors love and enjoy a luxurious life. But something happened on the sets of Dangal TV’s Aye Mere Humsafar that made us realize that even they find happiness in the smallest homemade things. Achherr Bhaardwaj who is playing Lakhan Kothari in the show had gone back to his hometown in Chandigarh for a small break. While he enjoyed his mother’s Pinni and Barfi he decided to come back and surprise his team with some.

Talking about how his co-stars loved his little gesture, Achherr says, “ I brought some homemade Pinni and Barfi From Chandigarh as it is a specialty to have them during the winters. Everyone enjoyed having the delicious sweets as no one had tasted it before. It was made of dry fruits, ghee and gudh (jaggery). Everyone was very happy to receive an unexpected yet yummy surprise.”

Rishina Kandhari who plays Imarti Kothari in the show was one of the co-stars who enjoyed the sweets. When asked about her experience, Rishina said,“Achherr brought these sweets and gave us the feeling of ‘Maa ka Pyaar’. These kinds of surprises keep us motivated to work hard. We as a family on the set of ‘Aye mere Humsafar’ enjoy every little moment. It was a very sweet gesture on Achherr’s side. These are the little things that make us feel special and we will always remember”.

The whole crew thanked Accherr’s mother for such tasty sweets and we hope the cast of Aye Mere Humsafar is blessed with such sweet surprises.

Catch Achherr Bhaardwaj and Rishina Kandhari on Dangal TV’s Aye Mere Humsafar from Monday to Saturday at 7:00 pm and 10:30 pm to know more.