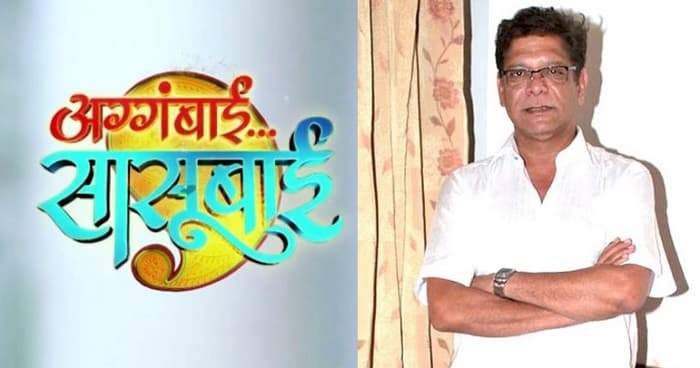 Agga Bai Sasubai is one of the popular televsion show in Maharashtra. The TV show has got a massive amount of love from fans. Prominent actor Mohan Joshi will join the cast of Agga Bai Sasubai. He will play the role of Ajoba, which is a beloved character of the show. check out complete details about here.

Earlier the character of the Ajoba was portrayed by the popular veteran actor Ravi Patwardhan. But unfortunately, he passed away on the 6th of December. Fans and the cast of the show are extremely upset. As we all know, Ajioba’s character in the show as one of the key part of the show. But finally talnted actor Mohan Joshi is roped into the to play this iconic role. It will be intresting to see how he will give justice to the character.

According to the reports from the times of India, Mohan Joshi’s entry in the show will telecast on the 4th January. So, finally, after waits of months, viewers will get to see Ajoba back in the action.

The upcoming episodes of the show are going to be even more interesting and enjoyable. The entry of the Ajoba will bring more twists to the story.

On the work front, Mohan Joshi is one of the popular televsion and film actor. He has been part of numerous hit tv shows and movies.

He played key roles in the hit movies like Deool Band, Shasan, Mokla Shwas and the list goes on. While he was part of shows like Dadi Amma Dadi Amma Man Jao Na and Jeev Zala Yeda Pisa.

Check out the entertaining episodes of the show ion the Zee5’s official website and app. Also, don’t forget to check out the audition updates of upcoming television reality shows.