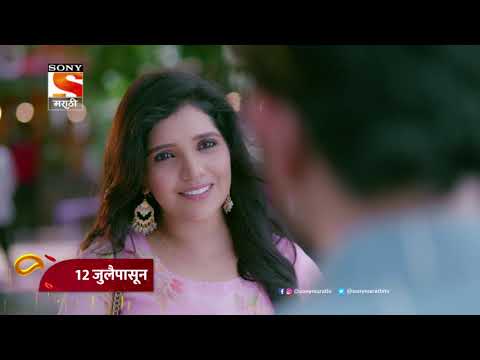 Sony Marathi gearing up to launch a new tv show very soon. The brand new tv show on the channel is titled as Ajunahi Barsaat Aahe. It will be a romantic comedy-drama and will have a lot of popular actors in the lead role. The tv show will hit tv screens very soon. so, here are complete details about the starting date and broadcasting schedule of the show. Also find out more information about the Plot and the cast of the show.

Ajunahi Barsaat Aahe will be romantic family drama. It will revolve around Mira and Aadi. The promo of the show is out. And in the promo, we see two ex-lovers meet each other by coincidence and realize they are still in love. The prom of the show is well received. and the chemistry of Mira and Aadi is very impressive.

Ajunahi Barsaat Aahe will have one of the popular and talented actors in the lead roles.  The TV show will feature popular film actress Mukta Barve in lead roles. She will portray the character of Mira. While  Umesh Kamat will be seen in the male lead role. He will be making a comeback on the TV screen after 7 years. The TV show will also have other talented actors in pivotal roles.

Fans are looking forward to watch their chemistry as they were part of what are the popular Marathi TV show.

The names of the full cast members of the show will update on the page very soon.