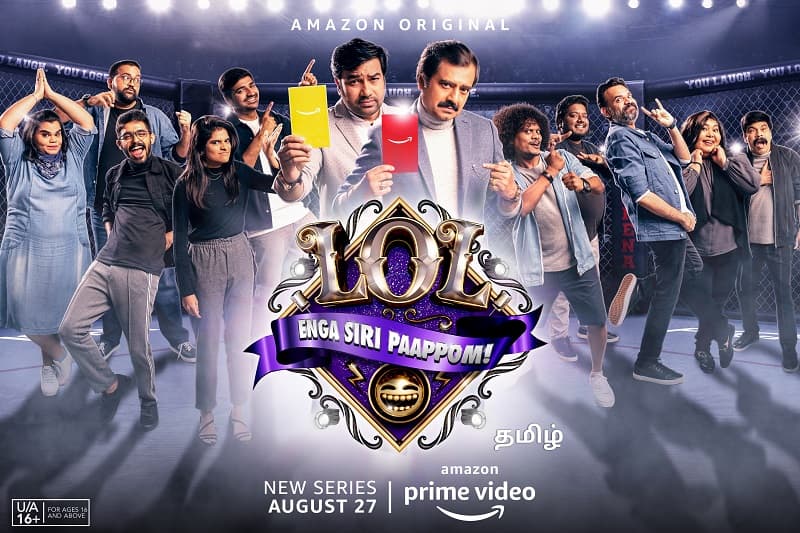 Paying homage to late actor Padma Shri Vivek, Aparna Purohit, Head of India Originals, Amazon Prime Video, India, said, “This is an emotional moment for us. While we are yet to come to terms with his loss, we feel extremely fortunate that we got an opportunity to work with Vivek Sir. LOL: Enga Siri Paappom is a special tribute to him and his fans. Vivek Sir will continue to live on in our hearts and memories.”

She further added, “Our audiences enjoyed the Hindi format of the show, LOL: Hasse Toh Phasse that premiered in April this year, and with deep humility, we announce the Tamil version of this international format. Created exclusively in Tamil, LOL: Enga Siri Paappom has an illustrious lineup of some of Tamil Nadu’s most popular comedians as our contestants. Alongside Vivek Sir, Shiva, one of the most prolific comedians, is joining us as host and referee on the show. We are confident that the show will bring in the much-needed respite and have the audiences hooked and entertained.”

Shiva, a well-known RJ turned actor and co-host of the series, said, “LOL- Enga Siri Paappom is very close to my heart since it was my last shoot with legendary actor and my favorite entertainer, Vivek Sir. With his versatility and charm, Vivek Sir has already added that extra dose of fun making this show a wholesome entertainer. I had a wonderful time co-hosting the show with him. Unique, fresh, and packed with hilarious punches, this unscripted comedy reality show promises unlimited entertainment to the viewers. I am thrilled to collaborate with Amazon Prime Video and bring this unique unscripted show for our Tamil audiences across the world.”

The ten contestants will be competing against each other for six consecutive hours with two objectives- to make others in the house laugh and ensure that they do not laugh themselves. There is however only one simple rule – you laugh, you lose! The last one standing gets the title and takes home a whopping cash prize of INR 25 Lakh.