Shakuntala Devi is an upcoming Indian Hindi biopic movie, Release on This Date 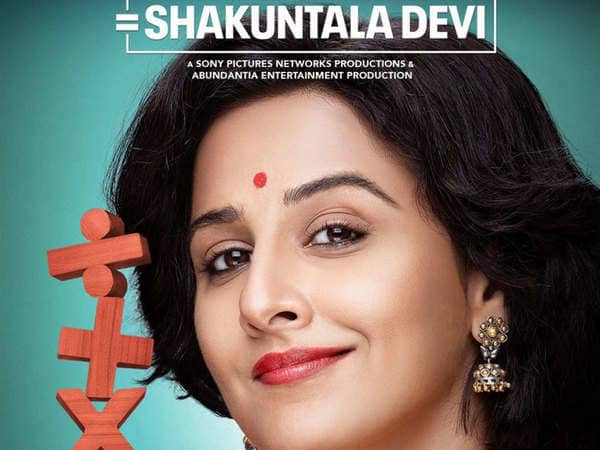 Shakuntala Devi is an upcoming Indian Hindi biopic movie. It is directed and written by Anu Menon. While it is produced by Sony pictures network and Vikram Malhotra. The movie is all set to release worldwide on Prime video. Check out the release date of Shakuntala Devi. Also, find out more information related to Shakuntala Devi Release Date, Cast, and Watch Trailer on Amazon PrimeVideo.

The movie will be a biopic based on the life of Shakuntala Devi. She is also known as a human-computer. Shakuntala Devi is a mathematical genius and calculating prodigy.

She got the nickname ‘human computer ‘, Because of for extraordinary talent and skill in solving Complex mathematical problem without any mechanical aid. Her talent got her a place in 1982 edition of the Guinness Book of World Record. While Shakuntala Devi also wrote a number of books.

The movie has a talented star cast. Vidya Balan, Sanya Malhotra, Amit sadh will be playing pivotal roles. While Barnby Jago, Luca Calvani and many more will be seen in important roles. While Vidya Balan will be portraying the role of Shakuntala Devi.

Vidya Balan starrer Shakuntala Devi will release on 30 July on Amazon Prime. Vidya Balan has shared the poster of this movie on her social media account.

The movie was supposed to release in theatres. It was scheduled to release in June. Due to the pandemic, it got delayed. So makers of the movie have decided to shift the release to the OTP platform.

Recently Amitabh Bachchan and Ayushman Khurana starrer Gulabo Sitapur released on Amazon Prime. So many Bollywood movies will Release on the OTT Platform.