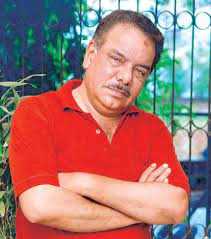 Anant Jog To Make His Comeback On Marathi Television

It will be marked as the comeback of actor Anant Jog on Marathi TV after a quite long time. He featured on a number of TV Serials and Marathi TV Films. Also, Anant Jog Features in many of the Bollywood and South Indian Films. He gave many unforgettable performances and earned a special place amongst Audiences. So the actor’s fans are Looking forward to seeing Anant Jog in another new Role.

The TV Show Swarajya Saudamini Tararani is in exctining turning Point. Rajaram Rane has to reach Jinji safely by misleading Aurangzeb. Saudamini Tararani decides to enlist the help of queen Chennamma of Bednoor. While Queen Chennamma is fully aware of the help given to her by Chhatrapati Shahaji Raje, Chhatrapati Shivaji Maharaj, and Chhatrapati Sambhaji Maharaj to build the kingdom. But in between this Timmanna, the chief Servant who is a Misogynist can be seen constantly imposing his opinion on Chennamma. Stating he is protecting the welfare of the Kingdom. So it will be exciting to watch how the actor will take this role in the TV Show.