Anupama tops The BARC TRP Ratings for the Week! 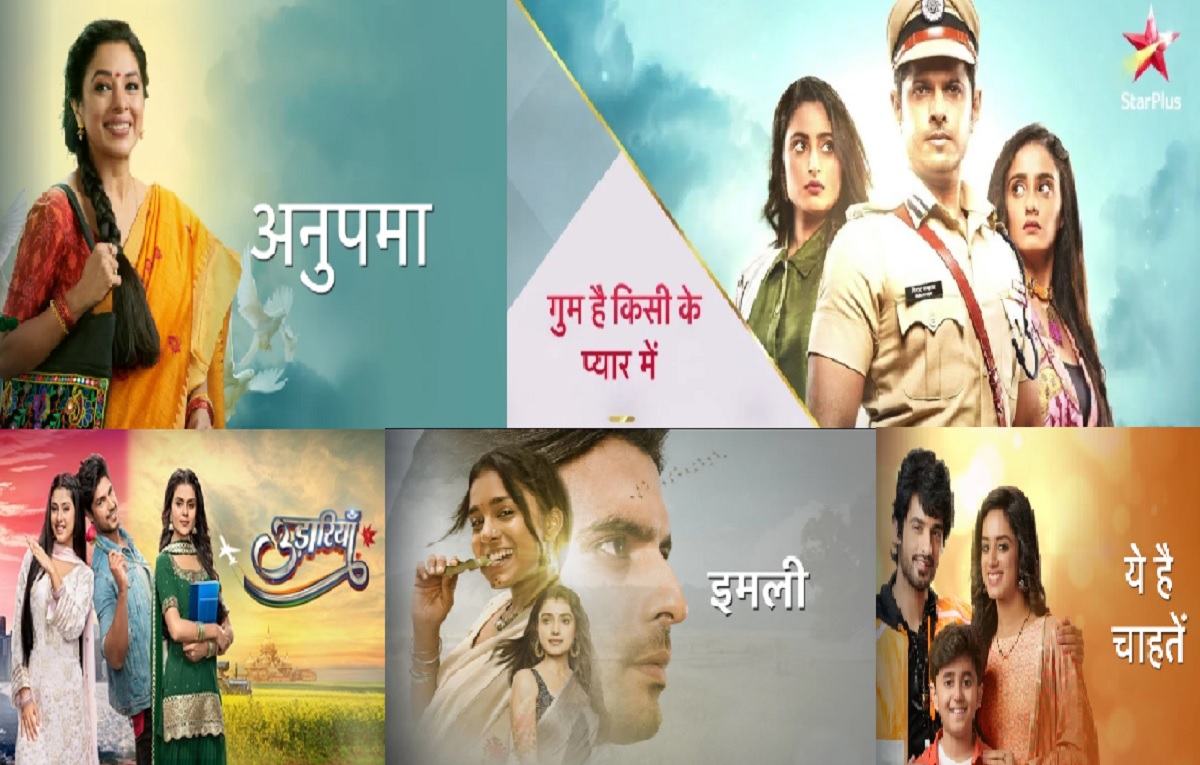 BARC TRP ratings for the week are out now and the show that tops the rating is Anupama. Anupama is a telecast of Star Plus where the show has managed to be in the top charts of TRP ratings. Anupama’s story is in the interesting track where Anupama and Anuj’s friendship is increasing. To which Vanraj is jealous to see Anupama jewelling with Anuj.

Anuj’s entry in the show and Anupama’s life has bought a whole lot of twist in the story.

TRP Ratings For the Shows!

The position two has Star Plus’s Ghum Hai Kisikey Pyaar Mein. The show is getting interesting day by day for the viewers as there increases misunderstanding between Sai and Virat.

As their misunderstanding is increasing and their relationship is getting complicated everyday. Fans of the show are glued up to the television screens as the twist in the story is increasing.

Udaariyaan are on the position three of the TRP ratings. It is a Ravi Dubey and Sargun Mehta’s production. The story line of the show has been keeping the audience glued top the screens.

Imlie is on the position 4 of the BARC TRP rating. Imlie has an interesting track where Imlie and Aditya’s relationship is on stake as Malini has some evil plans to spoil their relationship.

Malini plans up against Imlie to get Aditya back in his life. Imlie is facing with strong mind to fight against Malini’s plan to keep Aditya in her life.