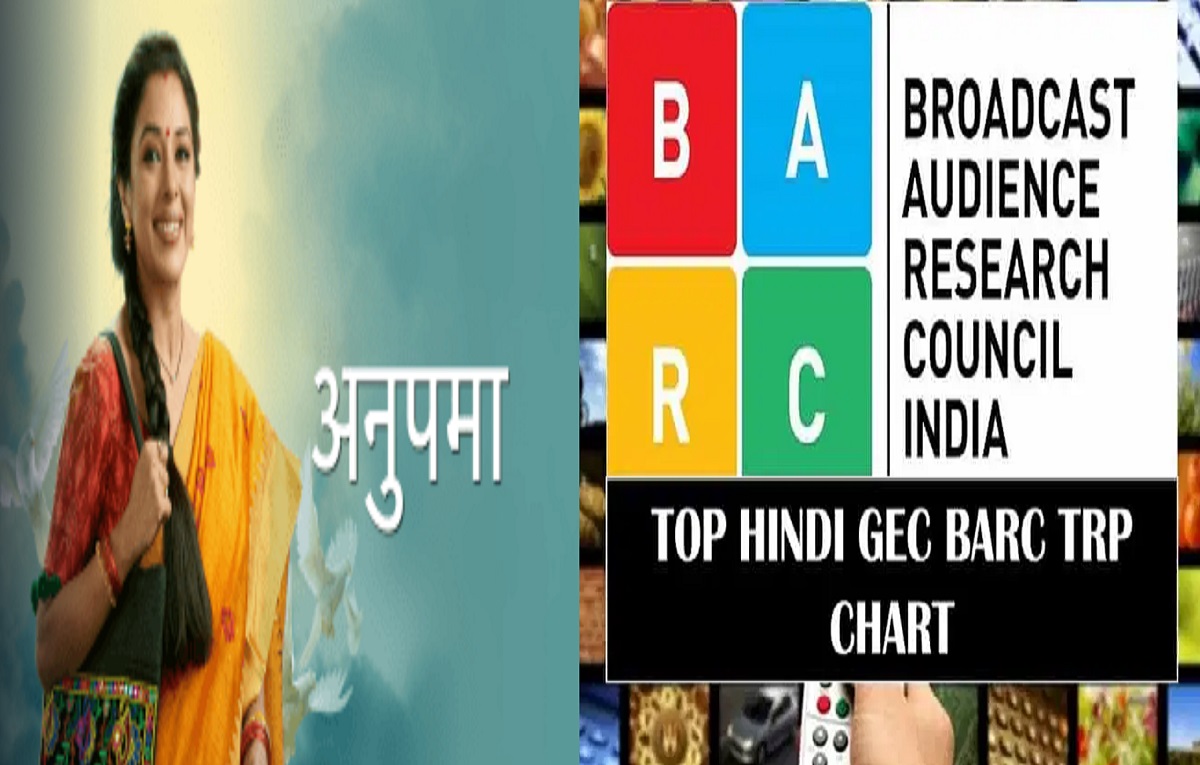 BARC TRP ratings for the week are out now. The top 5 slots are out now with very low changes in the names of the shows in the list. The shows have managed to keep up their places despite hard times for shooting due to the Covid-19 crisis.

The makers are getting interesting tracks for the viewers and keeping the entertainment high as always. There are very difficult times these days for the shoot of the show. As cast and crew members are to be kept safe from the Covid -19. And if the star is tested positive for covid-19 then the track has to be kept on going without any changes.

Anupama continues to rule the TRP ratings as it is the top show on the charts for a long time. The show is striking the right chord for the audience and is keeping up the entertainment.

The recent track of the show has Anupama and Vanraj’s divorce sequence. Vanraj goes missing from his house as he is unable to bear the depression. He is depressed due to the divorce and he decides to leave.

Anupama somehow finds him and goes to take him. But she faints at the resort where they release that she is suffering from an Ovarian tumor. Vanraj and Samar are in shock to know this but the father and son unite to keep Anupama happy.

Ghum Hai Kisikey Pyaar Mein is another popular show on television. The show was on position three for a long time however, it has managed to take up position two.

The show got up by one bar by bagging the spot two . It is also a telecast of Star Plus.

Imlie is also a telecast of Star Plus. The show is on the spot three of the BARC TRP ratings of the week. Imlie has an interesting track where Malini and Aditya’s relationship is not good scale.

As Aditya is in love with Imlie his first wife and is not able to keep up his promises with Malini. He wants to tell the truth to his whole family however, Imlie stops him from doing this and tells him to be with Malini.

Malini tries to suicide as she cannot live without Aditya. Malini is in the hospital where she is in need of blood and Imlie saves her life by giving her the blood.

It has an interesting track now with how will Malini bear the truth of Aditya and Imlie’s marriage.

Super Dancer Chapter 4 is a popular dance reality show on an Indian television network. The show is really doing well on the screens. It is a telecast of Sony Entertainment Television.

The features all the kids with their dancing talent of the time. The show has an exclusive judging panel of the time with beautiful and gorgeous Shilpa Shetty, choreographer Geeta Kapur, and filmmaker Anurag Basu.

Yeh Rishta Kya Kehlata Hai is yet another show on television. The show bags the top 5 positions on the BARC TRP ratings. The show is doing well on the screens. It is one of the longest-running shows on the Indian television network.

The show has an interesting track where Sirat and Karthik are planning to get married. However, Ranveer marks the entry in the show. Ranveer is Sirat’s love interest.