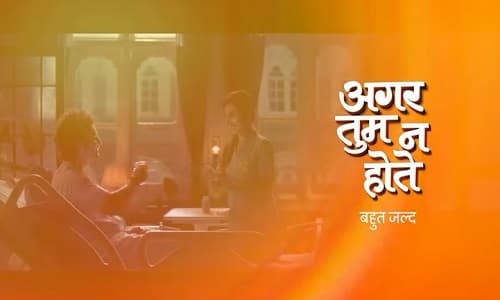 Agar Tum Na Hote is a popular show on an Indian television network. The show is all set to witness a new entry in the star cast. Avinash Wadhawan will be marking his entry into the show after a gap of long years. Check Avinash Wadhawan All Set To Make Comeback On Television.

The actor is all set to make his comeback on screen after three years. The actor is going to be a part of the show in a pivotal role. He will be playing the character of Gajendra Pandey in the show.

Avinash will be playing the role of rich broker in the show. He is based in Uttar Pradesh and has a strong character. Gajendra will be a caring person for his family however, he will ahve a dark side in other world.

He also speaks about his role in the show. He says, “I feel that the kind of public reach television has, no other medium, offers that, be it cinema or OTT. When I was first told about my character, I was extremely excited after listening to the story as I was looking out for a good role and Gajendra’s character is very complex and I’ve never played a role like this in all my earlier shows.”

Adding further he states, ” The story is like an emotional roller coaster and ha immersive drama that shows a father and his son. I’m enjoying enacting this role and I have even changed my body language, attire, and attitude to get into the skin of my character.”

He says, personally his nature is very different and opposite to Ganjendra Pandey’s loud, ruthless and show-off nature so it is a bit more challenging and he couldn’t relate to it. But he is trying his best to portray the role.”