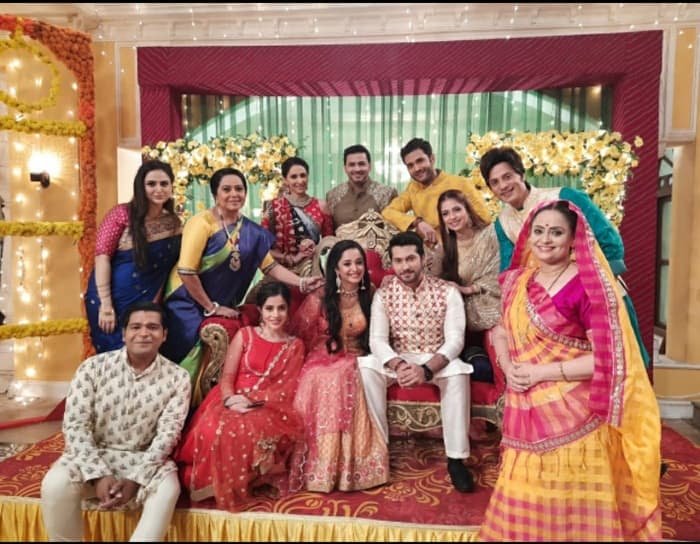 Mumbai, 22 October 2020: It’s a known fact that television actors have long working hours. While this can be considered tiring, but it gives them a lot of time to spend with each other. They bond, they pull each others’ legs and they have fun in the little time they get between shots. Actors of Aye Mere Humsafar that airs on Dangal TV, often seen utilizing such free time to the fullest.

The cast of the show Neelu Vaghela, Tina Philip, Rishina Kandhari, Sandeep Goyal, Pooja Singh and a few others are spotted making funny videos using filters of a social media app. They seem to be enjoying the process. Talking about the same, Neelu Vaghela who plays Pratibha Devi in the show says, “We have been constantly shooting for long hours for a few days as we are filming some maha episodes. While it was becoming tiring for us, we try to make small videos that make us laugh. They are like stress busters.”

The cast is often seen sharing such videos on their social media and their fans seem to like it a lot.