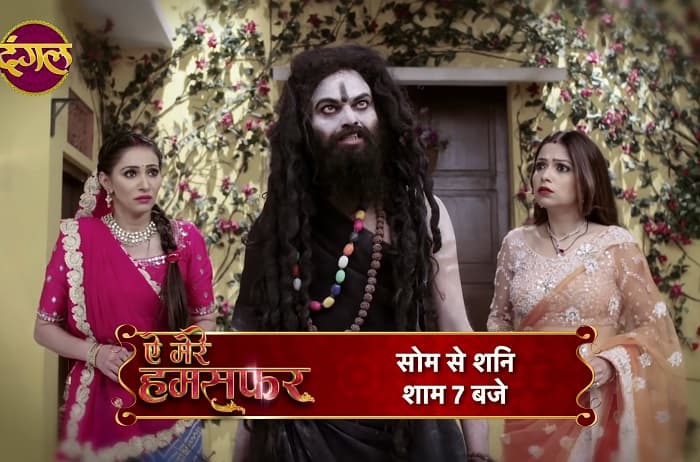 Mumbai, 2nd February 2020: After the baba who was invited by Imarti and Divya, claimed that Komal Kali is Vidhi’s ‘Kala Saya’, he is seen stealing some cash from Pratibha Devi’s almirah. Vidhi catches him red handed and starts yelling ‘Chor Chor’.

And when the baba tries to attack her, Komal Kali reaches the scene and saves Vidhi and throws the Baba out of the house. She then tries to calm Vidhi and tries to put her to sleep.

But Vidhi is still seen to be very uncomfortable that Ved notices. He then asked Komal Kali on why Vidhi is in discomfort but she doesn’t tell him the truth.

He then kisses Vidhi on the forehead and she calms down. Later, Baba suggests Imarti and Divya to bring Vidhi to his Ashram. Vidhi over hears this and she starts mummering to convey something.

Will anyone hear what Vidhi is saying?

Will Imarti and Divya’s plan work?

To know more, watch Aye Mere Humsafar from Monday to Saturday at 7:00 pm and 10:30 pm only on Dangal TV.