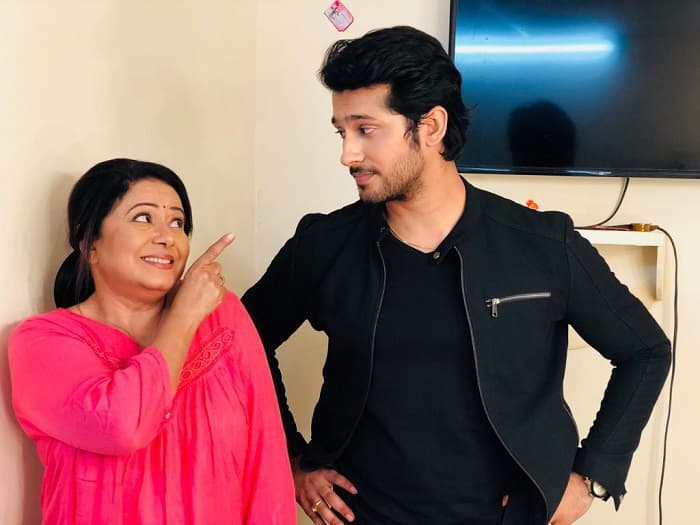 Mumbai, 10 September 2020: It is often said matches are made in heaven and then there are some jodi’s which are made on the entertainment screen.

Some of the most cherished reel life jodi’s which have ruled the silver screen are Dharmendra and Amitabh Bachchan (Jay-Veeru), Kajol-Shah Rukh Khan (Raj-Simran), Salman Khan-Madhuri Dixit (Prem-Nisha).

The audience have also showered their love towards some iconic television pairs such as Krushna Abhishek-Sudesh Lehri and Kapil Sharma-Sunil Grover in the comedy circuit. Another admired pair of Namish Taneja and Neelu Vaghela has been ruling the hearts of fans when it comes to television serials.

The duo who played onscreen mother-in-law and son-in-law earlier were one of the most talked-about pairs. Fans love and the actor’s destiny has got this ideal combo back on the small screen now in the form of mother-son in Dangal’s Aye Mere Humsafar.

Sharing his thoughts about being compared to some of the most notable actor duos of telly town, Namish Taneja said, “When the fans came to know Neelu Ji and my Jodi is coming back on screen and this time in the equation of a mother-son I received a lot of fan mail. To be honest I was overwhelmed by the response and humbled by the love and appreciation our pair has received. One of the most cherishing analogy I received was Neelu ji and my Jodi in daily soaps was compared to Kapil Sharma-Sunil Grover and Krushna Abhishek-Sudesh Lehri in the comedy circuit. Our offscreen rapport has seen the fruits onscreen and I hope we continue to entertain audience and remainin their hearts. We aim to set some #MomSon Goals (smiles).”

Aye Mere Humsafar portrays the life of an ambitious girl and a laid-back boy and how their lives get entangled after a misunderstanding which leads to a mix up in their marriage.

Watch Aye Mere Humsafar, Monday to Friday at 7pm only on Dangal.