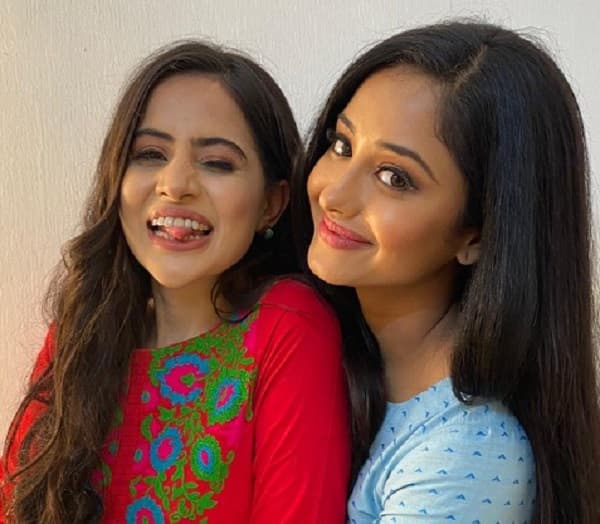 Mumbai, 25th September, 2020: On-screen siblings have always given us some serious sibling goals. While Dangal’s Aye Mere Humsafar focuses on Vidhi’s dream of becoming an IAS officer, one cannot deny the fact that family, too, plays a major role in it. In Dangal’s Aye Mere Humsafar, Tina Philip and Urfi Javed share an amazing sister bond. The relationship that they portray often makes us realize that they are more often just like us.

Playing each other’s sister has led to a fantastic bond between them, both on-screen as well as off screen. From clicking numerous selfies to ordering pastries on set, Tina and Urfi have set some serious sister goals.

Talking about her equation with Urfi, Tina says, “Urfi and I get along like house on fire. We clicked from day 1 on the set. She is really down to earth and I love her for her honesty. I feel really protective about her and keep advising her on things in life. Our on-screen bond is a reflection of our off-screen relationship that we share.”

Adding to this, Urfi Javed, who plays the role of Tina’s younger sister on screen says, “Tina and I have grown to become very close almost like sisters. Our on-screen relationship has developed off-screen as well. We share a lot with each other and I also turn to her for advice very often. It has become like a thing for us to decide what we will have for lunch but at most times, we end up ordering pastries.  We both have a sweet-tooth like that. Because of this habit I also prepare lunch for the two of us.”

Watch Vidhi and Payal’s heart-warming relationship on Dangal TV’s Aye Mere Humsafar. Aye Mere Humsafar is the story of an ambitious Vidhi Sharma who is determined on becoming an IAS officer despite the challenges that life throws her way.