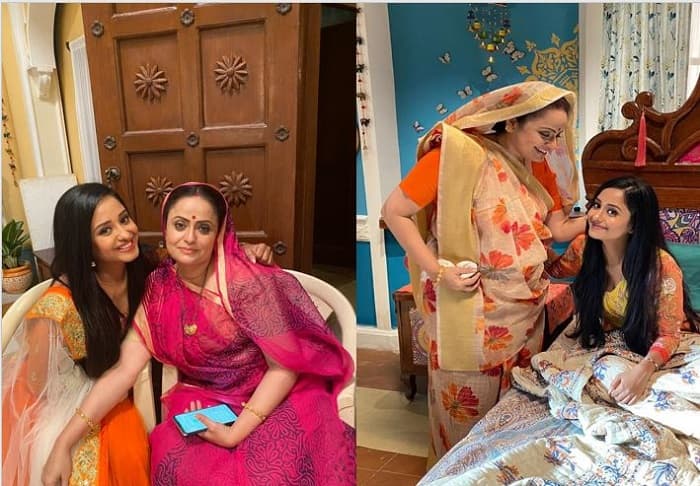 Mumbai, 30th September 2020: For most actors, the early years are learning experiences. However, for Dangal TV’s Aye Mere Humsafar’s lead protagonist Tina Philip who plays the role of Vidhi Sharma, an IAS aspirant, a new learning door opened under the guidance of her on-screen mother Surajmukhi, played by Vaishnavi MacDonald.

Tina Philip has had an interesting journey while picking up the ropes of getting under the skin of the character, Vidhi Sharma. Speaking about learning tips from Vaishnavi MacDonald, she shares, “I really look up to Vaishnavi ma’am and I think she is a natural in front of the camera. I keep asking her how to approach certain tough scenes and she always gives me her time and input. She takes care of little things for instance she never fixes her pallu on her head during the shots. She lets it slip naturally and then keeps adjusting it in the scene because she believes that’s what women naturally do. From her hand gestures to her posture, she is truly into her character all the time. She is a bundle of positivity. I have a great time shooting with her. We bonded well right from Day 1 of our shooting. Despite her great body of work, she is really humble and down to earth. I have immense love and respect for her.”

Tina’s immense love and respect for Vaishnavi MacDonald is seen both on-screen as well as off-screen.
Aye Mere Humsafar is the story of an ambitious Vidhi Sharma who is determined on becoming an IAS officer but is instead forced to marry Ved to save her mother from embarrassment in society when her sister Payal runs away from her wedding with Ved.