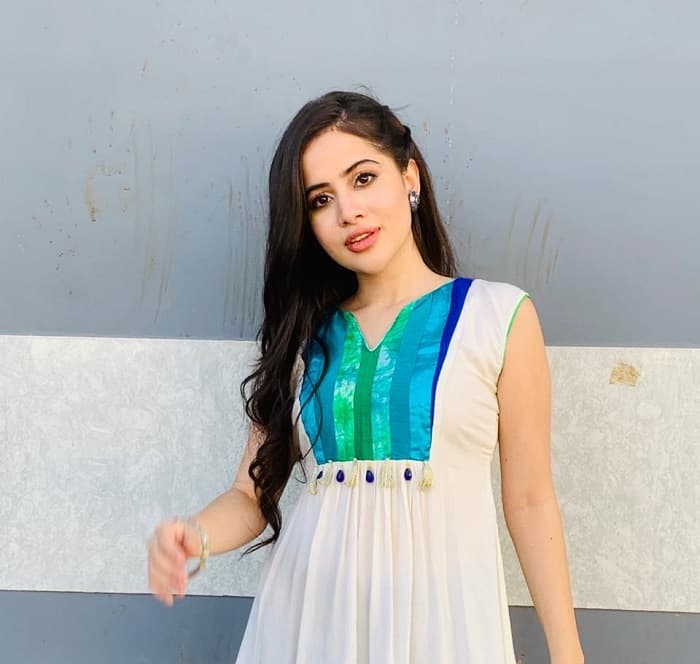 Mumbai, September 14, 2020: So, what is the one thing that the entire cast of Dangal’s new show Aye Mere Humsafar has in common? Well, they all know how to surprise each other very well!

Since the launch of the show barely a few weeks ago, there hasn’t been a day that goes without a surprise and food related surprises are winning ones.

Unlike her on screen person Payal, who loves eating out, Urfi Javed follows the complete opposite in daily life and ensures her co-actors too eat healthy even it is means she would need to spend more time at home cooking burgers, sweets and even cakes! It has now become a trend that the actors expect Urfi to surprise them with a variety of fusion foods that one wouldn’t imagine or think about preparing. They have even given her the title of being the ‘Designated Chef’ on the sets of Aye Mere Humsafar.

“I am a lot into healthy living and follow a healthy lifestyle. Besides, I also love cooking alot. While I enjoying eating outside food, at times, we aren’t aware of the oil being used, or how the ingredients are sourced, etc. etc. I hence turn to cooking almost everything at home personally.  But I do so with a twist. For instance, I enjoy baking cakes, but instead I bake whole wheat cakes, substitute sugar with jaggery. I even make burgers and its sauces at home.  Now my co-stars especially Vaishnavi Ma’am and Tina Philip have actually begun waiting for my fusion food. It is quite interesting and surprising as the food is quite tasty while it is also healthy.” said Urfi Javed on surprising her co-stars with her fusion preparations.

The Aye Mere Humsafar actor surprised her team just a few days ago with a home baked Mawa Cake with a unique twist that they all loved. The show that launched just 2 weeks ago already has viewers gripped to its story. The character – Vidhi Sharma – essayed by Tina Philip has already begun capturing viewers hearts. Vidhi’s aspirations and determination despite her disabilities is what makes her character so unique and lovable.

The channel is available on leading cable TV networks and DTH platforms in India.