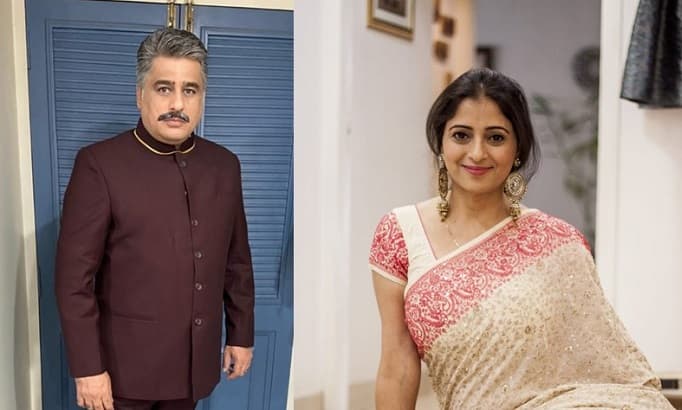 Mumbai, 19th January,2020: It is always said that pushing yourself out of your comfort zone brings the unexpected in you. But having familiar faces around makes the whole process of giving your best easier. For actors, nothing is better than getting a chance to work with their good old friends all over again. This helps in bringing a terrific chemistry in their performance that the audience can feel through their screens.

Similarly, old friends Reena Kapoor and Ayub Khan will once again be seen together on television in Dangal TV’s Ranju ki Betiyaan. Excited about working with his friend after almost 4 years, Ayub Khan says, “Once again I have gotten a chance to team up with Reena Ji (Kapoor) in Ranju ki Betiyaan. It’s great to have a co-actor with whom you are friends with as there is a tuning and understanding. We met after a very long time and it’s been fun catching up and reminisce about old times. I am really looking forward to working on the new show with her and the team.”

The audience has been missing these talented faces on screen and the actors are very eager to get back in front of the camera with each other. Ranju Ki Betiyaan is lined to launch very soon only on Dangal TV. It is a fun family drama about Ranju (Reena Kapoor) and her 4 daughters. The show also has Karan Khandelwal and Deepshika Nagpal in pivotal roles.