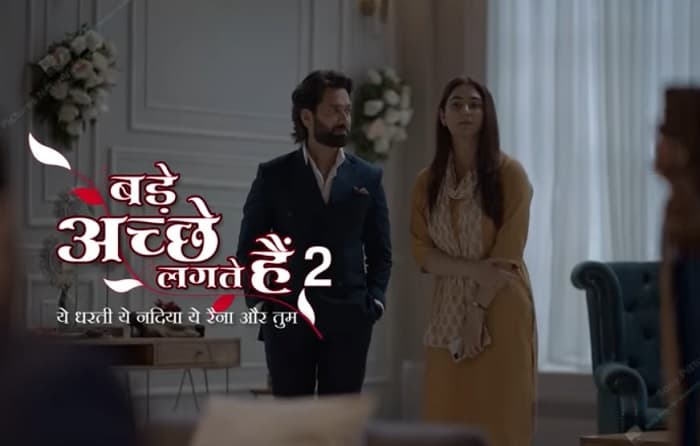 Bade Acche Lagte Hain season 2 is creating a huge amount of buzz among viewers. The new season of the show will have an exciting storyline. While it will feature Nakul Mehta and Disha Parmar in the lead roles. The Exclusive promo of the show is out. And fans are even more excited to watch the new season of the show. Here are complete details about the starting date and broadcasting schedule of the show. And find out more information related to the plot and full cast members of the show below.

The first season of the Bade Acche Lagte Hain was a huge hit. The TV show had a unique plot. it featured a love story of a middle-age couple.

Now the second season of the show is also coming up with a fresh plot. it will revolve around two people in their 30 searchings for a love.

The TV show will feature Nakul Mehta as the new Ram and Disha Parmar as a new Sakshi. In the new season of the show, viewers will get to witness that entertaining chemistry.

Bade Acche Lagte Hai season 2 will hit TV screens in month of September. it is expected that the TV show will be on their on 13th September 2021.

Stay tuned with us to get latest updates from new TV shows. And don’t forget to check out audition update of upcoming television reality shows.