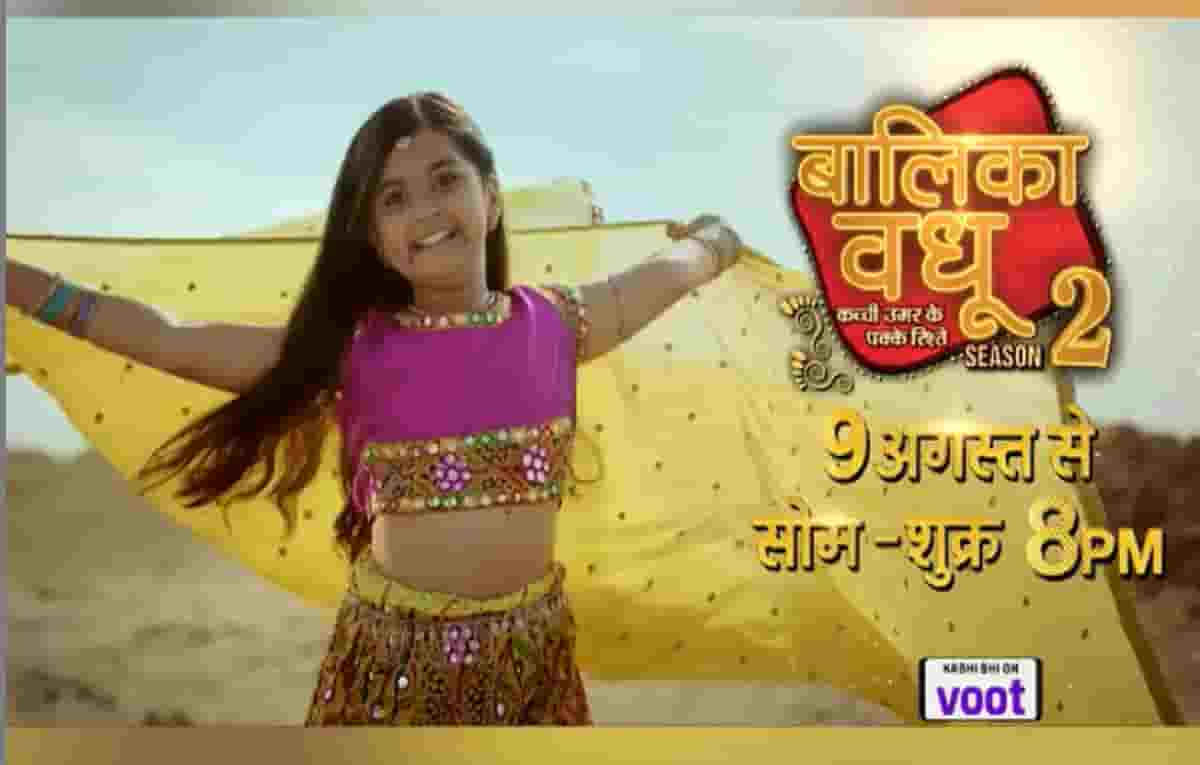 It is the continuation of the story of season 1 where Anandi and Jigar were tied into the relationship of marriage at a very young age. As they both are grown up now it is the wait to watch how their relationship moulds. The show is going to be a telecast on Colors TV.

Colors TV post an official video of the Avika Gor actress who played Anandi in season 1 of the show. She is introducing and announcing the release date of season 2.

Season 2 of the show has Shreya Patel in the role of Anandi who is 8 years old. Vansh Sayani will be playing the role of 13 years old Jagya.

Balika Vadhu season 1 is a story of Anandi and Jigar they marry at a very young age and later they grow up. Avika Gor is in the role of young Anandi later show takes up a leap and makers introduced grown-up Anandi and Jigar.

The show will be airing on the television screens at 08:30 PM from Monday to Friday.

For more latest updates about the Indian entertainment industry stay tuned with us..!!