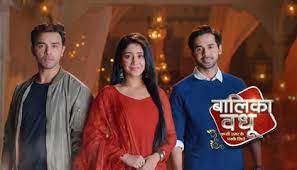 ‘Balika Vadhu,’ a hit daily soap opera will begin streaming on an OTT platform on February 28. On this transition, Shivangi Joshi, Samridh Bawa, and Randeep Rai, who play Anandi, Jigar, and Anand, have shared their thoughts with TimesOfIndia. Check out complete details about it below.

Anandi, Jigar, and Anand wille stuck in the love triangle on the show. Shivangi Joshi, who plays Anandi in the show, believes that the show’s move to the OTT will help it reach more people, particularly young people.

Shivangi said that Balika Vadhu on Voot, it will be a fresh adventure with a new concept. It’s something I’m looking forward to. The show has its own audience and has performed well on the platform. With the advent of OTT and the teenage demographic, we want to attract, I’m optimistic that we’ll be able to carve out a place in the audience’s hearts.

Samridh Bawa talked about his role. He said that Jigar has been a fascinating game to play. The role has pushed me to my limits and brought out the best in me. The response from the crowd, however, has been the most exhilarating aspect of the entire event.

Randeep Rai is also pleased with this new development and the fact that the show will now be available on an OTT platform.

On the show, he also talked about his own experiences. He said, “It makes me pleased to know that the show is moving in a new direction and taking on a new image.” I hope you enjoy the show because our crew worked extremely hard to make it legendary.