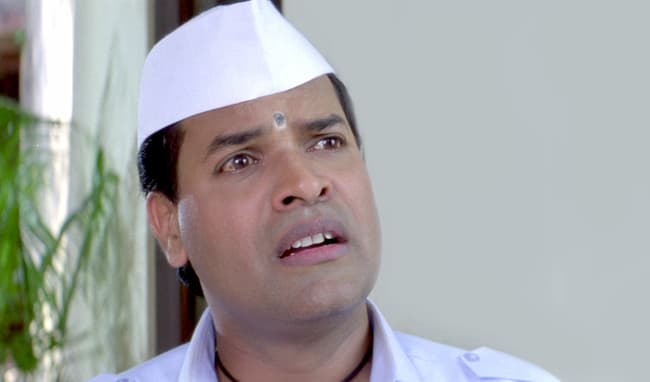 Bharat Jadhav is all set to make a comeback on TV screens with the brand new TV show. Popular and talented director Kedar Shinde will be coming up with a new project. He will be directing and writing very special project for the viewers of Colors Marathi. check out the complete details below.

Bharat Jadhav is a big name in the industry. He has acted in more than 85 movies and was part of more than 8500 drama. he is one of the talented gem of Marathi film industry. the actor has a huge fan base. Over the year, he entertained the audience with his various roles and his comic timing. He is also known as an all-rounder. Now after ages Bharat Jadhav will be coming on screen with Colors Marathi new show Sukhi Mansacha Sadra.

The talented duo Kedar Shinde and Bharat Jadhav will be a surprising audience with very innovative content. Past few weeks Kedar Shinde has been giving some him about this new TV show. The TV show will be very positive and will be about spreading happiness.

After Kedar Shinde’s Posts, fans are very curious about this brand new TV show. While it will be delightful to see Bharat Jadhav acting on screen again after ages.

The TV show will hit TV screens on the occasion of Dussehra. You can also get to see the online broadcast of the show on Voot’s official website and app. Download the Voot app from the Google Play Store.

On the work front, Bharat Jadhav was last scene in the television reality show Hassa, Chakatfu. While for films he gas been part of Iconic movies like Khabardar, Jatra, Mumbaicha Dabewala, Saade Maade teen and the list goes on.

Stick around here to get the latest updates from new TV shows. Also, don’t forget to check the audition update coming.