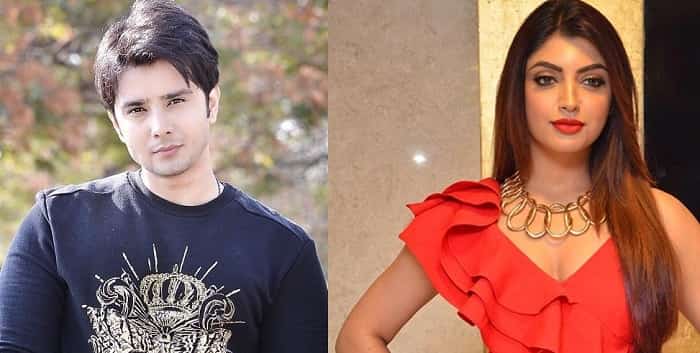 Bigg Boss 14 will hit television screens in a few weeks. Fans are excited about the contestant’s list of the upcoming season of the show. Recently, the makers of the show have asked Paras Chhabra’s ex-girlfriend Akanksha Puri and Zaan Khan to be part of this TV show.

Zaan Khan is one of the popular TV actors. He was also part of Splitsvilla. He was part of popular daily soap Opera Hamari Bahu Silk. Zaan Khan has a huge fan following. His fans will be definitely happy to see him in Bigg Boss 14

Zaan Khan was also in the news for taking a stand against the producer for delaying the payments of Cast members and crew of the show.

While Akanksha Puri was last seen in Vighnaharta Ganesh. She also has a large number of followers. Akanksha Puri revealed, she was asked to join the Big Boss 13 as a wild card contestant.

According to reports from Times of India, Akansha Said “Yaar do you really think big boss 14 will happen during such a condition. There so much happening”.

She added “shows are shutting down and all. In fact, we don’t even know if the shootings are going to start and if things are going to be fine soon. I have no clue if the show is going to happen this time or if it’s coming up with the new season”