Big Twists ahead in new episode of Udaariyaan 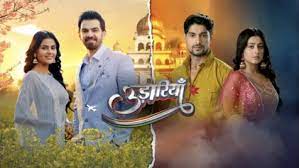 With each new episode of Colors’ ‘Udaariyaan,’ is becomes more intriguing. Jasmin is now blackmailing the Virk family in the latest episode of the show. She staged an accident and duped Amrik into thinking he killed the victim. Jasmin has pressured Fateh into marrying her and has urged the family to put half of the land in her name. She’s set on marrying into the Virk family as their daughter-in-law.

Because of Jasmin’s plots, Fateh and Tejo are suffering because they are unable to pursue their love. Fateh and Tejo had already shared romantic moments and even declared their love for one another in prior episodes. As fate prepares to separate them once more, they become emotional.

The wedding preparations for Fateh and Jasmin have already begun. Jassu isn’t wasting any time in causing trouble for the Virks. The rumor is that the tables will soon be turned on Jasmin, with the Virk family trapping her in her own scheme.

According to insiders, the Virk family will force Amrik to marry Jasmin because she has always insisted on being the family’s daughter-in-law. Jasmin’s plans will be outsmarted by the family soon.

The romantic bond between Tejo and Fateh could be the focus of the next episodes of the show.