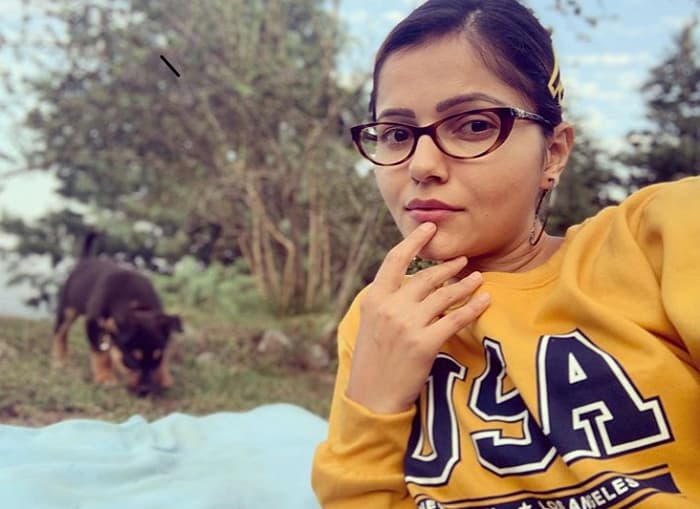 Rubina dilaik is one of the top Television actresses in the Indian TV industry. While she also made some appearances in the previous seasons of the Bigg Boss. Not only this, but she also performed in the opening episode of the Bigg Boss season. So it will be definitely very exciting to see her as a contestant of the show.

Rubina Dilaik started her career from the Zee TV’s hit tv show Chhoti Bahu. She played the role of Radhika. During her stint in the Chhoti Bahu, she became a household name. She received a lot of love from television lovers. Later she was part of top dance television reality show Nachle Ve.

Recently Rubina dilaik was seen in Color’s one of the popular TV show Shakti: Astitva ke Ehsaas ki. She portrayed the role of Saumya Singh. The actress has won hearts of millions of television lovers with their acting skills.

It is also expected that Rubina dilaik’s husband Abhinav Shukla will join her in the house.

The upcoming season of Bigg Boss Big Boss 14 will feature a lot of popular celebrities. Siddharth Shukla, Hina Khan and Gauhar Khan will also join contestants in the house. While Gia Manek, Jasmine Bhasin, Rahul Vaidya, Naina Singh and many more are part of the 14th season of the show.

Bigg Boss 14 is scheduled to go on floor on 3rd October. You can catch the online broadcast of the show on Voot’s official website and app.

Stay tuned here to get the exclusive updates from television world.